Do Bandas Dream of Romantic Sheep? (or, nodding off to bandas románticas in 2017) 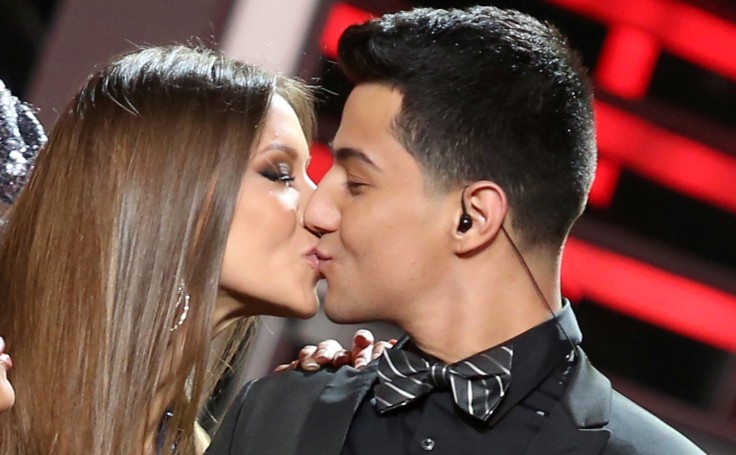 NorteñoBlog has been of two minds about Las Bandas Románticas de América, the annual compilation of lovey-dovey banda hits (and “hits”) released by either Fonovisa or Disa Records, the two norteño tentacles of el pulpo gigante known as Universal Music Latin Entertainment. The first mind thinks the songs are catchy, and is grateful for the occasion to write the phrase “asymptotically approaching the musical ideal of amor.” The second mind hated asymptotes in high school, thinks 20 straight love ballads is 19 too many, has nightmare fever dreams involving doe-eyed clarinet armies, and has boycotted the series for two years running. 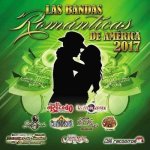 Resolve is not the Blog’s strong suit. Thus did I find myself washing dishes and listening to the latest in the series, Las Bandas Románticas de América 2017, 20 songs by 10 bands, only some of whom are “hitmakers” in the sense of “being heard anywhere outside this compilation.” I mean, I’m sure they tour. But if you’ve heard “Pedirás Perdón,” a 2015 nonentity by Banda Coraleña, on the radio anywhere in North America, you’re doing better than I am. If you can hum the song without looking it up, you’re doing better than Banda Coraleña. Give ’em this: their cover of Joey Montana‘s “Picky” is adequate! It’s also not included on Las Bandas Románticas de América 2017 — ironic for the least choosy compilation series around.

But you do get some good songs. As previously discussed, La Séptima Banda released some fine singles in 2016, two of which — the swinging ’50s sock hop “Yo Si Me Enamoré” and the irrepressibly bouncy “Se Va Muriendo Mi Alma” — are here. You also get Banda Los Recoditos’ current hit “Me Está Tirando El Rollo,” featuring some syncopated tuba bass that’s a primo distante of “Stand By Me,” and Samuel Sarmiento, the singer who isn’t Luis Angel Franco. Banda El Recodo‘s remake of “Mujer Mujer” keeps growing on me. Banda Rancho Viejo is, for NorteñoBlog’s money, the best banda working and always worth hearing. Their tune “Mil Veces Te Quiero” was also ignored by radio, and it’s from freaking 2014, but it combines an echoing triple-voiced hook and gang shouts with one of the struttingest grooves in all of bandaland. (Plus, more ’50s sock hop imagery in the video. Thinkpieces go!) A tardy Pick to Click.

But for all that, you have to suffer through other, stupefyingly dull songs by Recoditos (Franco’s unhinged vibrato notwithstanding), Séptima, and the ever-inexplicable Banda Estrellas de Sinaloa de Germán Lizárraga. Now, Banda Estrellas has an unimpeachable pedigree — Germán’s padre Cruz founded and led Banda El Recodo for decades, and Germán continued to lead and innovate the group after Don Cruz died. Estrellas’ bio also has this cool tidbit: After Germán revolutionized banda music, “he decided to separate from Banda El Recodo and created a new concept called ‘Sonido Turbo,’ using alto horns and clarinets in the rhythm section.”

Look, I wanna name my next child Sonido Turbo as much as the next guy. Especially if that child is my bionic spawn by an android. But… doesn’t every banda use alto horns and clarinets as part of its rhythm section? At its most exciting, a banda is like a giant 16-or-17-piece tuned rhythm section. In any case, you won’t hear any Sonido Turbo in Banda Estrellas’ two romantic ballads, or in most of the other songs on this album. Even the one contribution from Javier Rosas, a fiery accordion player whose small group routinely flirts with chaos, is the stodgy brass ballad “El Próximo.” From 2015. If you want a state of the romantic banda scene, you’d be better off listening to the radio or any given album from el Recodo, los Recoditos, or Rancho Viejo. NO VALE LA PENA. 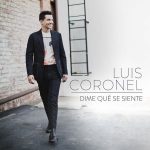 NorteñoBlog has also been of two minds about Luis Coronel, Tucson’s tenor teen idol, himself no stranger to ’50s sock hop motifs. According to one mind, Coronel is an icky marketing success, proof that a Precious Moments figurine could score a hit with the right hairstyle and social media presence. The second mind hates the first mind for being “half-baked Adorno,” and thinks Coronel is just a nice kid who can’t sing but lucked into recording with some of the best players in the biz.

Coronel has recently escaped some legal wrangling over his first album, proving that money will lead people to take credit for all manner of evil, and he’s got a new single out on Sony Latin. Surprise surprise: “Dime Qué Se Siente” doesn’t suck! Coronel still sings like the kid you can’t remember at the high school talent show, but his banda achieves a svelte backbeat bounce and a nice murmuring riff in the low brass. The new album’s due this summer, and I know nothing else about it; but I’ve heard worse lead singles.

Still NO VALE LA PENA, though. Literally anyone mentioned above — including my imaginary bionic bastard Sonido Turbo — could have sung “Dime Qué Se Siente” better.

One thought on “Do Bandas Dream of Romantic Sheep? (or, nodding off to bandas románticas in 2017)”