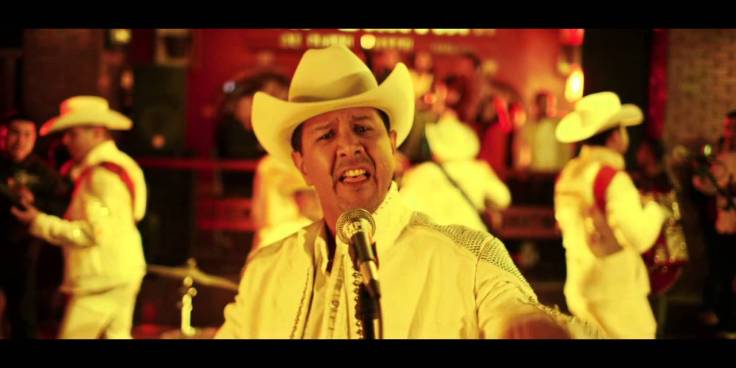 One of my top five norteño acts, Explosion Norteña was an infamous band known for their brash, boastful, but most of all based-on-a-true-story corridos about the gritty, unforgivable world of the Tijuana Cartel. Since the band’s formation back in 1995, they have had one of the most entertaining musical careers since Chalino Sánchez.

Word on the street was that in the beginning, members of the Tijuana Cartel sponsored the band, allowing them to buy better equipment and purchase studio time to record their first album. I would argue that the current crop of brash and violent lyrics, so popular in today’s narcocorridos, was heavily influenced by Explosion Norteña’s style.

Their lyrics were combative and named specific individuals, and they made no secret of their allegiance to the Tijuana Cartel. The civil war between former cartel lieutenant El Teo and Luis Fernando Arellano, head of the cartel, erupted in 2008, during which the band stayed loyal to CAF (Cartel Arellano Felix) leadership. Eventually someone decided they didn’t care much for Explosion’s corridos, or possibly they had some personal issues, and as with a lot of things in Mexico, they decided the best way to handle it was to murder lead singer Beto Cervantes.

Beto survived the shooting that took place at his office in downtown Tijuana, but bad luck would derail EN’s rise to the top. Beto was arrested by state police in 2009 on suspicion of murder, a dubious claim with no concrete evidence. He ended up serving almost seven years in state prison. In the meantime his band tried to carry on without him. The band soon changed its name to “Los Shakas” and released an album which has one of the toughest corridos in recent memory — “El Hijo del Cartel” is as lyrical as it gets. “A esos que no han pagado/ Nos han traicionado/ Prendan veladoras.” Classic bars!

Recently released and without missing a beat, El Betillo has resumed his corrido career with his band. Back to being known as Explosion Norteña, they have joined corrido powerhouse Del Records and have also released a new music video for their single “El Viejo Lobo” which reaffirms my opinion that Explosion Norteña still has it.

Among other factors, rappers are successful at their craft if they can flow, and the same principle applies here: Beto’s ability to effortlessly sing without screaming and make you feel the song, to put you in that mindset, is a gift. He is the corrido version of Max B.

Explosion and Beto’s ability to construct seamless lyrics that sound mature — more like a veteran trafficker telling it like it is, but not over the top — is what makes the band stand above the rest as one of the greatest norteño bands still active and filling up venues.