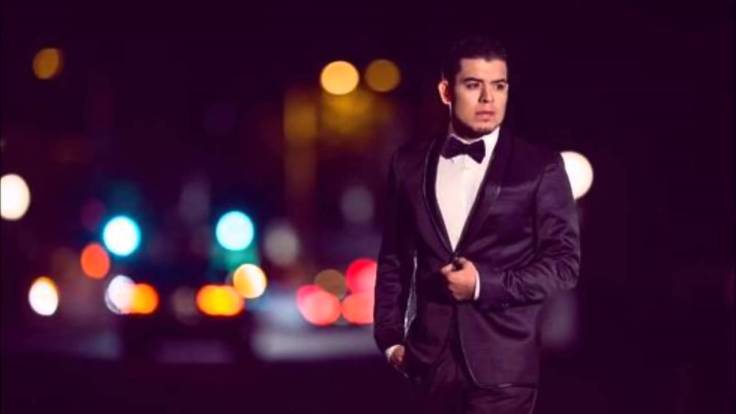 We need to talk.

You may be the most gifted corridero of your generation. You play accordion better than almost anyone, certainly better than Gerardo Ortiz, and I even prefer you to Remmy Valenzuela because I can tell it’s you playing, the way you slide around the main notes of the melody on little flurries of fast notes. It’s a performing tic, but it’s a good and versatile performing tic and you don’t lean on it too hard. If this whole singer-songwriter thing dries up, you could become a session pro — just build yourself a studio and punch your genius into the music of people willing to pay for it. Your fingers could even make Luis Coronel albums worth hearing.

Your playing sounds even better in the middle of a band just as good, if not better, than you are. Not only do you hire the best players, but you get them to play as a band, unequaled in power and sheer density of radness per second. Your corridos are like The Avengers: Fight for Culiacán — only filmed in super widescreen, so we can dispense with all those quick cuts and just observe everyone’s awesome deeds at once. You can be Iron Man or whoever, I don’t care. El Pulpo‘s like the Hulk, bashing away on some narco’s private jets inside the booming expanse of a hangar. Whoever plays bass — you should really start crediting them — can be Captain Norteamérica, holding the team together. Is George Ramos OK with being Scarlet Witch, but reborn as a bajo sexto player? His chords mess with everyone’s minds and alter reality and whatnot. Doesn’t matter. The point is, your small norteño bands are overwhelming and absorbing, up there with some of human civilization’s greatest work. We’re talking Guernica, or Ornette Coleman’s album with Pat Metheny.

I understand why you’d wanna sing romantic banda tunes. They’re a surefire way to bring more women to your shows, for one thing, and they’re way easier to get played on the radio, especially in Mexico. Plus, you’re pretty good at them! I mean, OK, this is the one area where Ortiz and Valenzuela have you beat. They come across as born romantic crooners, and Valenzuela’s high notes are to die for, whereas your straight, flat voice always seems a step removed from whatever crap Luciano Luna is forcing onto it. (That’s “flat” like “without affect” — your pitch is impeccable, don’t worry.) But you’ve made that emotional flatness work to your advantage. On the radio, your voice gives you a sardonic edge that helps you stand out. On your albums, amid songs of violencia and negocios, the banda ballads act as leaveners while deepening your character: Ah, so this is what the narco’s like when he’s at home. 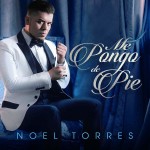 Your last album La Balanza took this leavening idea a little too far — one ballad for every corrido, marching in lockstep, growing predictable. And now you’re back with Me Pongo de Pie (Gerencia 360/Sony)… and it’s all banda songs. 13 of ’em! My gringo ears count two corridos, including the requinto-tinged (and previous Pick to Click) “No Andan Cazando Venados,” but the rest are love songs, like Luna’s excruciating “Pensarte.” And the arrangements aren’t even that interesting! At least when Roberto Tapia released an all-banda album last year, he held it to 10 songs and made sure every arrangement earned its keep, whether with unusual textures or breakneck syncopations. Noel, most of your new songs are high-class, professional, and not just dull: Arrolladora dull.

Except, that is, the one called “Un Cómodo Sostén.” For the sake of NorteñoBlog’s readership, I’ll explain: this is the… unusual song where Noel describes, in some detail, romantic encounters with his mujer. Turns out his favorite position is hugging her from behind, so his hands can transform into the title undergarment. There’s also a line about them finishing one another’s saliva, which, following Recodo‘s hit “La Miel de Su Saliva,” is unfortunately becoming a thing. It’s like four or five years ago, when every other song on R&B radio concerned somebody’s wetness. That was a troubling time. Just to make sure I’m not a repressed hermetic prude, I ran your loverman lyrics past my wife. She made a face.

According to your current press junket, your next album will be “cien por cien norteño” — which is good! Play to your strengths! But as the critic Joshua Clover reminded everyone at a music conference last year, demanding musicians stick to their strengths is boring. The history of pop music, he said, is punctuated with musicians not playing to their strengths and succeeding in spite of themselves. That’s how it is with you and the banda ballads, Noel. Throw in a couple of those per album, and they cast a whole new light on the things you do better than anyone else: playing accordion, leading a band, and singing original corridos. But even though the banda works in small doses, we still wanna hear you doing what only you can do. It’s like this — would you rather watch Iron Man and Pepper trade sexy banter a couple scenes per movie, between high-energy sequences of stuff getting wrecked in cool ways? Or would you rather watch an entire movie of him wrapping his arms around her waist, enveloping her in un cómodo sostén and slurping her saliva?

One thought on “Estimado Noel Torres…”