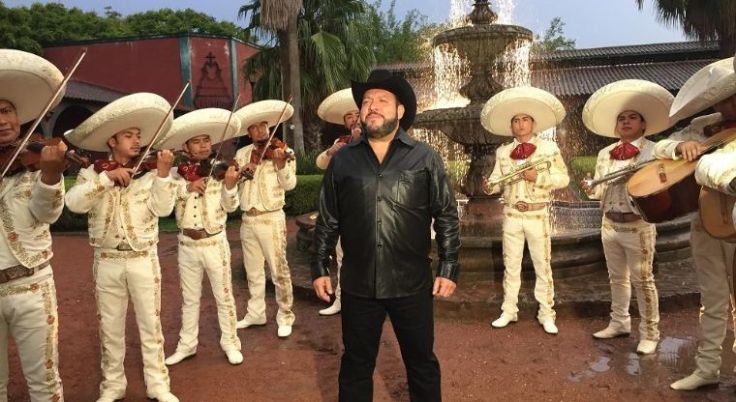 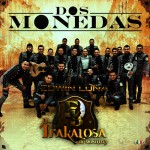 Further down, two Remex Records acts have replaced themselves on the radio with remakes. The more notable is ace flarer-of-nostrils Edwin Luna and his banda of second fiddlers, La Trakalosa. Given our troubled and uncertain times on both sides of the Great Wall of Trump, NorteñoBlog finds comfort in watching Luna grimace his way through another extravagant video meant to highlight his perennially nascent acting chops. (He acts in both color and black and white!) No hay nada nuevo bajo el sol. “Dos Monedas” was previously a hit for Ramón Ayala, and it was written by Jesse Armenta — You know him! He wrote some political barnburners for Los Tigres, including “El Circo,” thus winning himself a chapter in the book Narcocorrido — and it’s another heartbroken sob story.

Only this sob story is not at all romantic; it’s closer to “The Christmas Shoes” or some shit. The narrator is an abusive drunk. One cold and wintry night he sends his son out to beg for money to support the family booze fund. The next morning he opens the door to find sonny boy dead, both frozen and starved, holding in his small frozen starved hands the “dos monedas” of the title. All our children should be so dedicated! The narrator, no fool, sees a moral in this story, as does Edwin Luna, whose unconvincing portrayal of the drunk ends by approximating sadness. But Luna over-emotes his songs like nobody else, a good thing, and the arrangement makes this the cheeriest tune about filicide since “Sweet Child O’ Mine.” ¡VALE LA PENA! 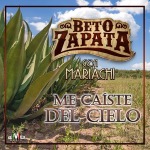 The other remake, by Beto Zapata, digs into the catalog of Ayala’s singing partner Cornelio Reyna. As Los Relampagos del Norte, the pair recorded “Me Caíste Del Cielo” as an accordion polka stomp back in 1970. Reyna would later recast the song as a mariachi ballad, which is the version Zapata has chosen here. Its decent, run of the mill romantic pain needs Reyna’s scratchy-voiced charisma if it’s going to stand out. NO VALE LA PENA. 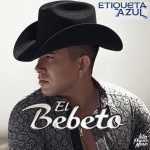 This week’s Pick to Click comes from the “Tocadas” chart, meaning it’s getting lots of radio plays, but to smaller audiences. I’ve dug El Bebeto since his 2011 debut, but have been since disappointed by a couple lackluster banda albums and a foray into mariachi. But “Etiqueta Azul” snaps him back to life. It’s a quick chunk of tuba corrido about a power couple living a lifestyle of dubious legality. Seems they enjoy the same expensive Scotch; the song and video basically double as a commercial for Johnnie Walker Blue Label, with soft porn shots of slowly pouring whiskey. (Lucky video crew!) El Bebeto inhabits the song with unassuming authority, his husky voice negotiating the tricky melody while accordion whirls around him. NorteñoBlog is stoked to hear the rest of the album.

Other signs of life:

At #19, Germán Montero’s got a soprano sax! Watch out! Also what sounds like the Chicago horn section, all mid-range and swanky.

And at #15, Fidel Rueda has a nice foray into tuba Sierreño plus banda, for which I will never not be a sucker. Rueda, whose indie label bankrolled this video along with DEL Records, knows a good video production company when he hires one, and Global Publicidad does not disappoint. Here they’ve turned in several expensive-looking aerial shots through the mountains, as well as lovely compositions of Mexican countryside and small towns. Watch for Rueda’s travel show coming to a PBS affiliate near you.

These are the Top 20 “Popular” songs in Mexico, as measured by monitorLATINO. Don’t confuse “Popular” with the “General” list, which contains many of the same songs but also “This Girl” (at #1!), “Can’t Stop the Feeling!”, “One Dance” (may it last forever), and Río Roma’s extremely likable football stomp “Caminar de Tu Mano,” as breezy as José Luis riding around in his video convertible with a transparent guitar.