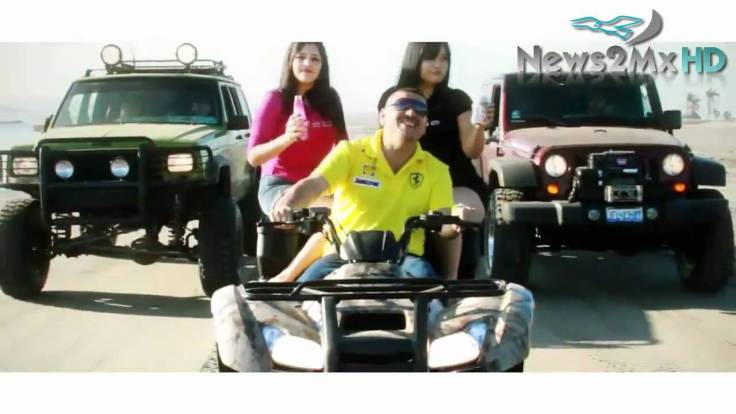 If you’re looking for a handy review of good-to-excellent singles released over the past year, you could do worse than NorteñoBlog’s Picks to Click. They’re all listed and linked below, from Calibre 50’s big dumb cumbia “La Gripa” through El Bebeto’s new “Como Olvidarte.” Along the way you’ll find album tracks, old songs, big hits, and indie videos with a couple thousand views that look like they cost even fewer dollars to make.

If there’s a trend here, it’s the surge of Sierreño music. Ariel Camacho’s 2015 death made everyone realize how well tubas, guitars, and true crime short stories go together, so now pretty boys like Adriel Favela and Bebeto are biting the style, and indie bands like Los Grandes del Pardito are receiving more attention.

Let’s get to clicking! 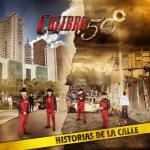 10/23/15: “La Gripa” by Calibre 50
Is this big dumb cumbia repetitive? Yes. Does it repeat itself? Yes. Does Calibre 50 keep singing the same thing over and over? Yes. Just when you think they’ve repeated the chorus phrase all the times they’re going to repeat it, do they repeat it several more times? Yes. BUT! Tubist Alex Gaxiola gets in some wicked syncopated jabs, and the whole rhythm section adds up to a sound much thicker than expected.

11/4/15: “I Don’t Give a Fuck” by Banda la Chacaloza de Jeréz Zacatecas (2013)
Besides the prurient thrill NorteñoBlog gets from cusswords, “Fuck” is musically impressive: instruments keep popping in to deliver wild fills, and the singers slide along intriguingly behind the beat.

12/8/16: “Ando Arremangado” by Los Titanes de Durango
Remember that time the one Titan’s dad looked like El Chapo and freaked out the DEA?

1/20/16: “El Loquito del Rancho” by La Iniciativa
From Calibre 50’s spinoff band, a quick waltz where singer Ariel Inzunza’s inventive melody throws in all these quintuplets, giving the first half of each line a crowded five-against-three feel. You can play along at home — tap your chest “ONE two three/ ONE two three” over and over again, and then start saying “onetwothreefourfive/ ONE two” so that the “one”s in your voice line up with the “one”s in your tapping. Got that? Now balance a ball on your nose!

2/8/16: “Te Tengo Que Cortar” by Los Rodriguez de Sinaloa
Taking a cue from K Camp, nearly every bar sounds like a big jagged glob of something shoved in your face.

2/12/16: “El Perro Se Solto” by El Armenta
I may account for fully half of this normcore surrealist video’s clicks BUT I CAN’T LOOK AWAY.

2/17/16: “A Veces” by Espinoza Paz
I know it’s not in the same league, and maybe it’s just because everyone’s sitting down, but when I watch the “A Veces” video I think of Elvis doing “One Night With You” during his ’68 comeback special.
Y TAMBIÉN…
“Espero Con Ansias” by Remmy Valenzuela
Still haven’t figured out which ’80s AOR ballad it’s nicking. 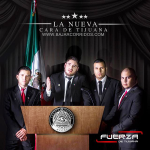 3/1/16: “El Americano” by Fuerza de Tijuana ft. Omar Ruiz
This song is exciting for a reason popular art is often exciting: it says a WHOLE LOT at once. It glorifies a drug dealer; it equates making pop music with selling drugs; and even though the song’s hero George Jung was born in Boston, the song speaks to the Latino immigrant experience in El Norte. The band draws musical energy from the moral conundrums embodied in their lyrics. To sidestep that fact is to cut off your criticism before it begins.

3/16/16: “El Popeye” by Fuerza de Tijuana
If these guys could write a bridge, people might mistake ’em for a rock band. 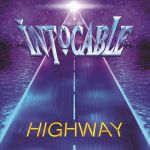 3/18/16: “Tu Ausencia” by Intocable
Their album’s one of the year’s most overrated, inasmuch as a norteño album gets rated at all, but as long as they can create gems like this I won’t hate on ’em too much.

3/25/16: “Todo o Nada” by Alfredo Olivas
A convincing norteño-rock hybrid. I may be having second thoughts about this one, considering I couldn’t wait to hear:

4/4/16: “Rumbo a Maza” by Los Titanes de Durango
The whipcrack tale of an hombre who talks his way out of a speeding ticket after he gets pulled over for doing 280 in a 110, I’m guessing on the 15D outside Mazatlán. VROOOM!!! 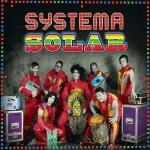 4/15/16: “Quien Es El Patrón?” by Systema Solar (2009 or so)
Blends spaghetti Western guitars, horns, and — because they are not Calexico, thank goodness — absolutely massive drums and turntable scratches. A crazy panoply of voices ricochets across the town square, ants devour babies, and everyone has a fine time.

4/27/16: “Todo Lo Que Merezcas” by La Rumorosa
Rumorosa curses an ex-lover over a jaunty accordion/brass polka, with a tuba-based rhythm section that sounds hopped up on lollipops. SYNTH HORN SOLO!

4/29/16: “De Compadre a Compadre by Martin Castillo
Take a little time to think about your dead homiez.

5/16/16: “Bien Servida” by Los Gfez ft. Diego Herrera
Accordion dueling with tuba, contending with a full brass section, straining against a climbing keening melody, all in the service of some possibly imaginary fornication. And cannibalistic kissing. Please tell me eating people’s lips isn’t a thing now.

5/9/16: “No Vuelvas a Llamarme” by Joss Favela
A days-of-the-week song like Craig David’s “7 Days,” but it’s also a furious rolling waltz where Favela urges his ex not to call him, because he always has something better to do. Fresher and funnier than the prolific Favela’s usual lovelorn output.

5/17/16: “Zancudito Loco” by Los Líricos Jr.
A charming-ass square dance which, while nobody’s idea of loco, features some snazzy white-noise mosquito fiddle moves and a big old blues arpeggio against a cumbia beat.

6/7/16: “Los Ninis” by Banda Renovación
David Brooks to thread! The message of the sociologically astute “Los Ninis” is clear: avoid honest work, get drunk, and kill people for the cartel. Grow a beard if you must. NorteñoBlog, being a teetotaling hairless farm boy, obviously does not endorse any of this, but those tempo and chord changes are making me rethink my ways.

6/14/16: “Zapateado Encabronado #4” by Alacranes Musical
A wild kaboom of tambora madness, itchy keyboard brass fingers, and shoutouts from primo to primo. Somewhere horses are dancing.
Y TAMBIÉN…
“El 8 de Culiacan” by Los Grandes del Pardito
A tangle of wild Sierreño counterpoint verging on noise. You hear this effect more with urban norteño quartets, like those led by Noel Torres and Javier Rosas; Sierreño usually allows for some breathing room between the notes. But nobody in “El 8” rests until it ends. 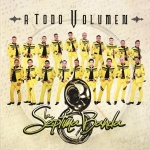 7/18/16: “Yo Si Me Enamoré” by La Séptima Banda
It struts along to a gigantic swinging riff clearly inspired by ’50s r&b balladry — even the video takes place in a Johnny Rocket’s diner. “Fakery!” you cry. Well, yes — but when wooing a mujer, the painstaking attention to detail is the point of the display.

7/26/16: “¿Por Qué Me Habrás Besado?” by Edith Márquez and Julión Álvarez
It’s a little showbizzy, but hearing those two voices locked in a tremulous battle for command atop a dancing tuba, ruthlessly interrogating one another’s kissing choices, I fear I’ve been underrating it. 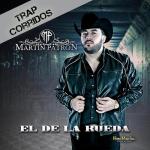 8/8/16: “Andamos en el Ruedo” by Ulices Chaidez y Sus Plebes
A strutting ring-walk of a corrido, with the teenage Chaidez wielding a machete, some empty threats, and requinto licks for days. 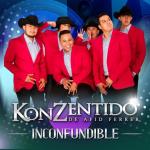 8/17/16: “Vulgar y Corriente” by Konzentido de Afid Ferrer
These guys offer up gimmick after gimmick to keep listeners coming back. What a concept: sax and candy.

9/14/16: “Desaparecido” by El Komander
Protest Song #2: an immigrant song of dashed hopes that’s breathtaking in its stark empathy. Don’t let the band’s jauntiness fool you.
Y TAMBIÉN…
“El Mexico Americano” by El Komander
In case that last song was too touchy feely, this hit single has Komander portraying a second generation American who’s established a successful tax-free business in El Norte with the help of his cuerno. The band is spectacular, with tuba jumping all over, drums skittering like a frantic pencil over paper, and somebody hollering out tuneless high harmonies during the choruses.

9/28/16: “Sonriendo Me Dijo Adios” by Marcello Gamiz
Yet another “ayyyy chiquitita I’m drunk and it’s your fault” song, with sleek, inventive brass writing.

10/26/16: “Como Olvidarte” by El Bebeto
Romantic drivel that doesn’t get all fussy about it. Tuba and requinto sound like they’re getting paid scale for a job well done, and Bebeto and his high harmony singer emote just as much as is necessary.