From a Bark to a Warble: Systema Solar and Julión Álvarez Hear Voices 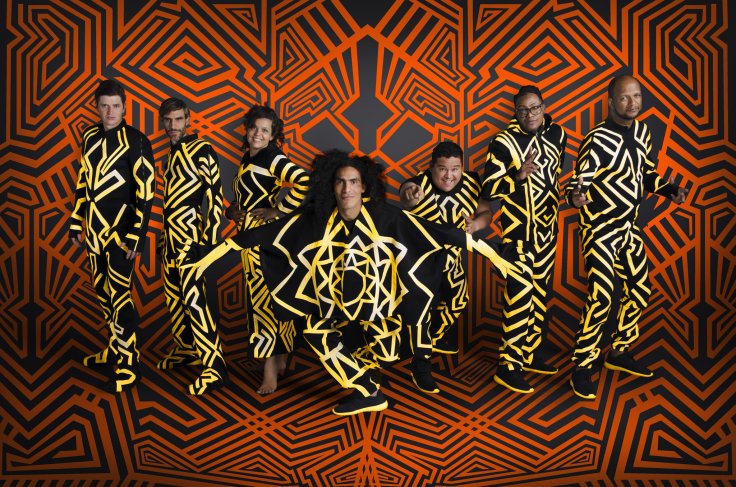 From time to time, NorteñoBlog enjoys wandering down to the next continent. Today we visit Colombia, where electrocumbias ricochet across every town square and people should keep their little pig-tailed babies away from the red ants, for heaven’s sake. On the back of the CD Systema Solar (Nacional), the new compilation by the band Systema Solar, we read the following:

“Systema Solar is a musico-visual collective based on the Caribbean coast of Colombia. Its members are…”

And then it goes on to list the members — without mentioning which member sounds uncannily like Lil Jon. Now, I’m no music publicist, but it seems to me if one of your bandmates has an on-point Lil Jon bark that he’s comfortable trotting out in song after song, that particular musical characteristic should appear first in your bio. “Before we tell you anything else, there’s a dude in this band who sounds like Lil Jon. We feel we owe humanity this information, so that you do not skip over this CD and regret it the rest of your life. Yadda yadda musical-visual collective…”

But whatever. Systema Solar have plenty else going for them. Though the SXSW veterans sometimes play around with one narrowly defined groove, as in “Oye,” they are equally expert at cramming a bunch of disparate elements atop rocking beats and making it work. “Quien Es El Patrón?” blends spaghetti Western guitars, horns, and — because they are not Calexico, thank goodness — absolutely massive drums and turntable scratches. A crazy panoply of voices ricochets across the town square, ants devour babies, and everyone has a fine time. VALE LA PENA and Pick to Click and all that.

The man with this continent’s best voice, Julión Álvarez, has been in total This Business Of Show mode lately, cutting duets both sappy and gaudy with anyone who’ll cross voices with him. His latest bit of cross-generational prestige bait is Mis Idolos, Hoy Mis Amigos!!! (Fonovisa), a tribute album to three seminal singers of turn-of-the-millennium pop banda: Pancho Barraza, formerly of Recoditos; El Coyote, also of Recoditos and of Banda El Limón; and noted national anthem mangler Julio Preciado, formerly of Recodo. Álvarez shares a duet with each man. (I’m partial to “Hay Amores,” which is NOT the Shakira song of the same name.) Then he covers a bunch of their songs with either his own Norteño Banda or a small group.

Mis Idolos shares flaws with other tribute albums. It’s too long and too reverent, and it doesn’t tell us anything new about what young Julión might have heard in these guys’ voices when he was forming his own. Nothing unexpected happens throughout its 20 songs. But man — if you wanna hear the best singer on the continent warble his way through a bunch of good tunes, you could find worse background music. NorteñoBlog is especially interested in that moment around the turn of the millennium when acoustic banda — just brass, woodwinds, and percussion; no synths — became recognizable as pop music. In the past I’ve credited Rogelio Martínez‘s cover of Shania Twain, a hit in 2000, but two of El Coyote’s songs here predate it and sound totally pop. Neither “Amor Pajarito” nor “Profundamente” was a big hit, but both anticipate the “Mirando Al Cielo” formula of I-IV-V chords over strutting backbeat and bouncing doo wop tuba bassline. Here’s El Coyote himself, sounding as good as anything you’ll hear today:

4 thoughts on “From a Bark to a Warble: Systema Solar and Julión Álvarez Hear Voices”