Songwriter José Alberto Inzunza — aka Joss Favela — has probably made more money than any of the other kids from Código F.A.M.A. Season 2, the TV talent show where he finished seventh in 2004. The winners of Season 2 went on to star in Misión S.O.S., a novela that featured the following novel plot points:

[T]he neighbors of Buenaventura have even darker futures, as they are in danger of losing their homes, their school and much more, because the evil old Severiano plans to tear down the neighborhood and build an enormous shopping mall in its place. To accomplish his plan, Severiano is willing to resort to any means, and will provoke a series of disasters to drive the inhabitants away.

The decrepit old theater is the children’s favorite spot, and this is where they meet a mysterious little man who will change their lives and the fate of Buenaventura forever. Chaneque, a friendly elf, is a magical being who is on an important mission: to save his elf-world from destruction.

Yes yes, Shakespeare plots sound ridiculous when you describe them, too, although I’m not sure El Bardo ever resorted to the ol’ “save the theater before the evil capitalist tears it down” gambit. The point is, Misión only ran for a season, so I’m guessing its actors aren’t earning much in residuals. (If that’s how things work in Méxican TV.) Joss “Seventh Place” Favela, though, became a songwriter who scored massive hits. “Te Hubieras Ido Antes,” Favela’s favorite because it “crossed genres and borders” and therefore made him lots of money, had the good fortune to be sung by the continent’s best voice, Julión Álvarez; “¿Por Qué Terminamos?” landed with Gerardo Ortiz, who also got his start singing on Código F.A.M.A., where he looked exactly the same as he does now — only shorter and more elfen.

Favela just released his solo debut album, Hecho a Mano (Sony). He sings with a fine quartet — accordion, tuba, bajo sexto, drums — whose personnel NorteñoBlog is still trying to track down. As you’d expect from this born romantic balladeer, the melodies are strong and soaring. As you might not expect, the band and their leader sometimes have great fun crushing lovelorn sentiments into a fine dust. For example, the standout “No Vuelvas a Llamarme” is a days-of-the-week song like Craig David’s “7 Days,” but it’s also a furious rolling waltz where Favela urges his ex not to call him, because he always has something better to do. (“Believe it or not, I go to Mass on Sundays” — and if you’ve ever tried to use your phone inside a cathedral, you know the reception sucks and the wi-fi’s probably spotty.) The well-rehearsed band has their stop-start game down cold, and the rhythm section’s licks fly nonstop like the popcorn Favela enjoys at those Wednesday double features he claims to never miss. Pick to Click!

Sharing Favela’s barber and sombrerero is Francisco “El Chico” Elizalde, who just released his own solo debut Tu Secreto (Music Eyes). Elizalde sings with a deeper voice and more banda, and he has not yet learned the value of restraint, packing his album with 16 songs and two alternate versions. But he does know the value of a big dumb cumbia like “Cleopatra,” an ode to a pretty sunbather whose name sort of rhymes with lots of other words. The album also includes a duet with noted accordion-hero-turned-crooner Remmy Valenzuela, “Llevemos Serenata”, that takes a while to pick up steam but gallops away once it does. 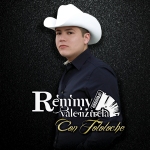 Speaking of young Sr. Remmy, he’s back with a stopgap album of chops and Real Musicianship entitled Con Tololoche (Fonovisa), where he and his magic fingers team up with — you guessed it! — a tololoche (stand up bass) player to play a bunch of love songs and corridos. (16, to be exact — es el número mágico.) Songs include Valenzuela’s own “Mi Vida En Vida” and everyone’s “Dos Mujeres Bonitas.” Why you’d want to listen to these stripped-down versions escapes me, unless you have a thing for ornate instrumental doodles mucking up perfectly good songs. Give Con Tololoche this: at least it has songs, so it’s better than the new Dream Theater! 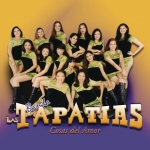 Also better than the new Dream Theater is every 2016 album not by Banda MS the new album by the all-female Banda Las Tapatias, who’ve been around since 1993. On the one hand, Cosas del Amor (Columbia) is pretty generic. On the other hand, it reminds us that las Tapatias’ excellent 2001 backbeat single “En Que Falle Yo” still exists.