Things I Learned Listening to Javier Rosas This Weekend 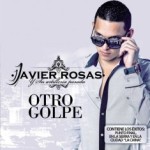 Back in March NorteñoBlog was temporarily confused when the benevolent Fonovisa corporation re-released an old album by Javier Rosas y Su Artillería Pesada as though it was a new album.

Otro Golpe originally came out in 2013 on whichever tiny label was releasing Javier Rosas albums at the time. Presumably nobody heard Otro Golpe that way, so Fonovisa gave it a new cover and distributed it to the masses to capitalize on Rosas’s minor radio hit, “Y Vete Olvidando.” 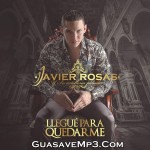 “Olvidando” came out late in 2014 as the second song on Llegué Para Quedarme, Rosas’s official Fonovisa debut. Three weeks after Otro Golpe dropped for the second time, Rosas got shot in an even more confusing scenario near a Culiacán mall. Since then he’s understandably dropped from sight, the better to hasten his recovery.

What’s not confusing is how good Rosas and his band are. I mean, the band’s named “Heavy Artillery”! (Also the best Mr. Lif song, imo.) They’re not as heavy as Noel Torres’s band — the drummer skitters more than pounds — but their dense interplay is similarly hard to fathom. And that density is the musical point. This took me a while to understand. Because Rosas’s songs have melodies and chords, you might expect those melodies and chords to be the point, the songs’ reason for being. As a songwriter Rosas has a welcome fondness for minor chords, and sometimes his tunes will run up to unexpected heights, and that’s all well and good, but Rosas’s corridos — and he’s in his element singing narcocorridos, not romantic ballads — primarily constitute a framework for himself and his band to demonstrate how badass they are. The Artillería Pesada accomplishes its badassery two ways: Rosas sings with amused gravity, because his crime stories intimate more than we’ll ever understand; and the band is a frightening rhythm machine.

How frightening? Like, they keep making me think of James Brown, everything subsumed to polyrhythmic whirl. The Pick to Click is still “Por Clave Llevo El 13,” a math-oriented tale of illicit doings and ne’er-do-wells, and the rhythm section — which is basically everyone except Rosas and the accordion player — achieves some math-rocking triplet-against-duple thing I’m still at a loss to fully understand. (Like, who’s playing the triplets? Is it just the accordion riff, or are those constant skittering snare rolls part of the “three”? The tuba is clearly subdividing in two or four.) Rosas is no Brown, but storytelling is a different task than whatever you’d say James Brown does. Rosas rides the rhythms with authority, without even seeming like he’s trying to ride them. He just tells stories, man; the band plays an audible expression of whatever violent turmoil Rosas won’t allow himself to state outright.

Track-to-track comparison reveals that Otro Golpe is better than Llegué, because Llegué contains a couple slow songs that stretch out and unwind the band’s dense rhythm attack. Not that the band couldn’t put over slow ones, but so far they don’t. The comparison also reveals Rosas is very consistent — the third track of each is devoted to a femme fatale/trap queen figure named “La China”. Both albums close with cumbia medleys — “popurris” — and the one on Llegué goes on way too long.