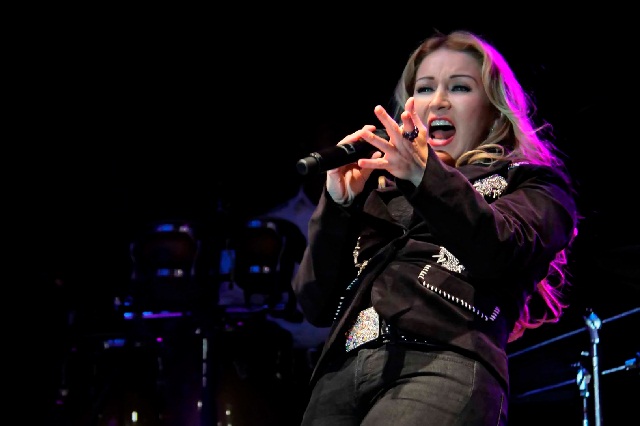 NorteñoBlog’s summer doldrums continue on the U.S. Hot Latin chart, where there’s only one regional Mexican song in the top 25 — [Casey Kasem voice:] at #23, here’s Gerardo Ortiz with the worst song from his new album! [/Casey Kasem voice] — and only 11 in the entire top 50. This is a historical anomaly. We’ve seen plenty of periods with more norteño and banda songs stuffed into the top 25: witness this chart from 2016, with 13 such singles, and who can forget the mid-’90s Tejano boom? Plenty of people can, but that’s not the point. The point is, why now?

Old dude’s hypothesis: it’s the internet’s fault. [Casey Kasem shakes fist at sky: “Millennials! You’re not reaching for the stars!”] The Hot Latin chart bakes in three different methods of song consumption, weighted according to a top secret algorithm. Regional Mexican music still gets plenty of airplay, leading to a fair number of hat acts among the diverse entries on the Latin Airplay chart. It’s the other two factors — digital sales and online streaming — where norteño and banda acts are struggling to keep pace.

NorteñoBlog’s theory, unsupported by data because I don’t have it, is that the unprecedented popularity of “Despacito” is benefitting songs that sound like “Despacito,” and those songs’ streaming numbers are overwhelming the songs that don’t sound like “Despacito.” With three billion views, “Despacito” is now the most-watched video in YouTube history, and that’s just the version without Bieber. Videos and songs that follow it on streaming services are like sitcoms that followed Friends in the ’90s — automatic ratings contenders. CNCO, “Mi Gente,” “Felices Los 4” are all getting chart boosts because they’re dembow-ish bangers, often with international crossover appeal, that get recommended by YouTube or appear with “Despacito” on Spotify playlists. No matter how many norteño fans stream Calibre 50’s lite beer jingle “Las Ultras” or the latest Banda MS ballad, regional Mexican songs simply can’t keep up.

Prediction: This too shall pass. Eventually, the popularity of “Despacito” will fade. (Judging by the two-year chart run of “Propuesta Indecente,” that could take a while.) Once that happens, we’ll see more regional Mexican songs back on the big U.S. chart. If not, NorteñoBlog promises to have an existential crisis.

¡Jajaja! Just kidding. Not when there’s still cool shit happening on the Mexican radio. This week the Mexican radio chart sees two overlapping boomlets: three songs led by women (I know that doesn’t seem like much, but trust me, around here it’s refreshing) and three mariachi songs. 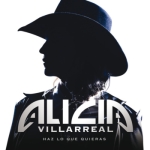 Covering both bases are Alicia Villarreal, formerly of Grupo Límite and solo cumbia radness, and Ángela Aguilar singing a duet with her dad Pepe. Villarreal is singing an original high-drama number called “Haz Lo Que Quieras,” produced like much of her work by her husband, former Kumbia King Cruz Martínez.

Bracing stuff; but since I tend to take my schmaltz stirred rather than shaken, I prefer the Aguilars’ “Tu Sangre En Mi Cuerpo,” a frankly cloying remake of… someone’s parent-kid duet that I will someday request at my daughter’s wedding reception. [Casey Kasem voice: “Their relationship quickly became strained.”] (Note: the song’s authors are Jose Luis Ortega Castro, Thelma Ines De La Caridad Castaneda Pino, and Yessica Sandoval Pineda; just not sure who did the original version.) Like Vicente Fernandez’s “Estos Celos,” this tune hits all my smooth mariachi buttons: soaring voices and strings milking high notes for maximum emotion while the chugging beat makes them sound like they’re tossing off everything — notes, burdens, hats, whatever. It’s the sound of a breeze blowing wispy clouds across a flat blue sky. Pepe’s career is long and distinguished, but Angela has been a real revelation this year, with a warm and inviting voice that reminds me of Gloria Estefan’s. Their last duet, the big smart cumbia “Nada de Nada”, earned the Blog’s affection, and this one carries on the legacy. Pick to Click!

These are the Top 20 “Popular” songs in Mexico, as measured by monitorLATINO. Don’t confuse “Popular” with the “General” list, which contains many of the same songs but also “Bad Liar,” Charlie Puth’s “Attention” (something no one should be forced to deal with), and the holy triumvirate of “Felices Los 4″/”Mi Gente”/”Despacito,” in that order.