Several unexpected finds inside this week’s Regional Mexican top 10, not least the presence of some good banda ballads. Unfortunately, #1 isn’t one of them.

1. Banda Los Recoditos – “Perfecta” (#37 Hot Latin)
Billboard reports that this is Recoditos’ fifth #1 on the Regional Mexican chart. The first three of those — the iconic breakthrough “Ando Bien Pedo,” “Mi Ultimo Deseo,” and “Hasta Que Salga El Sol” — were about how the world is ending so we should all get drunk and shout along with Luis Angel Franco. The next two — including this one — represent the dispiriting comedown, with the personality-free Samuel Sarmiento atoning for everyone’s sins. If, as I once theorized, Franco’s songs are “the Spencer’s of the banda pop mall,” Sarmiento’s ballads are the HomeGoods. NO VALE LA PENA 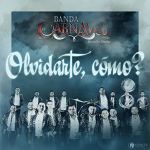 5. Banda Carnaval – “Olvidarte, Cómo?”
A slow-as-agave ode to love’s unbreakable hold on the memory. The first line of the chorus sums it up: “Forgetting has some degree of difficulty.” That is, this banda ballad is studied and square, it pulls its punches and never cuts loose — but simmering under all that reserve is a geyser of anguish, rattling the ground around it. You hear it in certain musical gestures, like when the lugubrious on-the-beat melody jostles back and forth with the syncopated horns, and then they come into sync for a trio of “NO”s that seem exhaled rather than sung, yet pack a tremendous rhythmic wallop. Maybe I’m overselling this thing because of the video’s bargain-basement O. Henry “don’t text and drive” message. But Banda Carnaval undersells throughout, except when they strategically don’t, earning them a big old VALE LA PENA.

7. Alfredo Olivas ft. Julión Álvarez – “Sin Memoria”
This minor-key banda banger actually belongs to Julión Álvarez, the continent’s best singer, currently sitting on the receiving end of some U.S. Treasury Department sanctions. Hence, you can’t find it on Spotify. I haven’t found evidence that Olivas’s presence on the track was a sneaky way of circumventing the sanctions, although his video lists the performers as “Alfredo Olivas ft. JA.” (Good luck cracking that code!) Maybe it was just two talented dudes getting together to spit bars. Those bars, though… This is a defiant riposte to Álvarez’s fake friends, the people who’ve forgotten about him now that his nopal (cactus) has stopped bearing tunas (fruit). As you’d expect, he sounds furious. VALE LA PENA

8. La Arrolladora Banda ft. Espinoza Paz – “Tiene Razón La Lógica”
Another good banda ballad! Is the Blog losing its edge? No, it just makes sense: Of all the romantic bandas, Arrolladora is most consistently a groove machine; and of all the romantic banda writers, Paz has the sharpest wit. This kiss-off to a two-timing mujer struts and bounces on a bed of interlocking brass polyrhythms, with no instrument calling attention to itself, á la an ’80s quiet storm track. Paz’s scratchy voice dominates; he relishes his quadruple rhyme of “mágica” and “única” (as in, you are not nor will you ever be) with “típica” and “sintética” (as in, that’s what you are). Synthetic, ouch. If technobanda were at all a thing any more, I’d read some rockist subtext into those lines. As it is, the brass/scratch combo has me saying VALE LA PENA and Pick to Click:

9. Remmy Valenzuela – “Mentiras”
I’ve liked this accordion hero’s accordionless ballads before, but they can’t all be good — there’s like one decent melodic phrase in this thing. He really chews off those high notes, though. NO VALE LA PENA

10. Raymix – “Tú Eres La Razón (Electrocumbia Remake)”
Having admired but never loved this former nano-satellite engineer’s boomy cumbias, the Blog is excited to hear his latest sounding so busy. Along with the requisite guiro, organ oompahs, and airplane hangar bass, this Arrolladora cover has several wriggly percussion and synth parts lurking around its edges, plus a catchy tune courtesy of top-shelf balladeer Horacio Palencia. Research being hard, I can’t find Raymix’s non-electrocumbia-remake version of this song. Maybe the nano-satellites blasted it out of existence. VALE LA PENA