Pronounced “Jai-Fi”: The Rise and Fall of Hyphy Norteño

After first appearing at the 2014 EMP Pop Conference in Seattle, this article ran last spring at Maura Magazine; I reprint it here with their kind permission.

Here’s the story of a band from Modesto,
A small city east of San Francisco.
Led by the brothers Guajardo,
They’re known to the world as Los Amos. 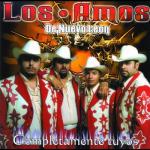 They got started back in the mid-’90s
Playing los narcocorridos,
And over the course of a decade,
Los Amos altered their appearance

From flashy-shirted, big-hatted cowboys
To black-suited, no-hatted tough guys,
Los Amos’ transformation was dramatic,
And their music changed right along with them.

This transition was shaped by two forces:
The demands of their well-structured business,
But also their repeated incantations
Of one magic word from the Bay…

But before we get hyphy, we need to answer this question: Why were some guys in Modesto, California, playing corridos—Mexican story songs about the drug trade—for a living in the first place? The answer lies with two names, corridistas you’ve probably heard of, immigrants to los Estados Unidos, legends in their field.
END_OF_DOCUMENT_TOKEN_TO_BE_REPLACED