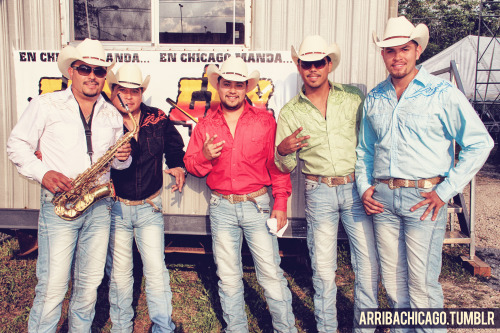 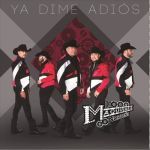 It is the longstanding position of NorteñoBlog that the puro sax styles of Chihuahua and Zacatecas would improve with the addition of more terrible “sax” puns in the titles. This week the máquinas de saxo in La Maquinaria Norteña drop their eighth (I think) album, Ya Dime Adiós (Azteca/Fonovisa) (alternate title: Break Up Saxo), from whence comes their top 10 airplay hit “Para Qué Amarte.” Maquinaria hail from both Chihuahua AND Zacatecas, doubling their potential fan base, and they’re solid and reliable polkaderos with a really good logo. On first listen, though, this album isn’t saxing it up for me like the next one: 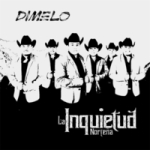 The puro Zacatecans in La Inquietud Norteña venture into minor key territory for the title single to their latest album, Dimelo (AGLive) (alt title: Vamos a Hablar Sobre el Saxo). Singer Hugo Avellaneda wails high and clear, sax and accordion skate across the song with as little apparent effort as spinning Olympians, and whoever’s playing the polka bass gets his R&B licks in. Pick to Click!

We’ll round things out with the puro Chihuahua masquerade of Costumbre Norteña and their single “Perdóname” (Blas) (alt title: “Perdóname… PARA TODO EL SAXO!!!”). The song is decent, and its video follows the sad corazón of a man suffering through some cellphone infidelity b.s., with a weird sadsynth coda. Slouched over a snowflake-shaped scrap of paper at the bar, our bereft hero scrawls out a single word: “Perdóname.” His mind then blurs into a fog of drink and despair. We know this because the cinematographer starts dabbling in expressionism.

We now leave these sax-obsessed caballeros to their own maquinaria and move on to the saxpots in Los Horóscopos de Durango. I discovered the Chicago-based Terrazas sisters a decade ago, when they were still a duranguense (read: small group, synth banda) ensemble. Their live DVD revealed two excellent musicians:

They maintained the duranguense lineup until 2010, when (I’m guessing) they or their father, bandleader Armando Terrazas, sensed the winds of change shifting from duranguense to banda. (The duranguense fad blew away on a Chicago gust right around then.) When I caught them live at Taste of Chicago 2011, they were still alternating between full brass banda and their duranguense hits, during which the silent horn players would do little dances. Their latest album Vivir En Pecado (Fonovisa) continues with the banda, taking on songs from commercial bigshots like Joss Favela, Horacio Palencia, and the Diane Warren of norteño music, Luciano Luna. As is their tradition, they also cover Espinoza Paz, whose dramatic cheating song “Estoy Con Otro En La Cama” NorteñoBlog likes. NorteñoBlog should also note that the Terrazas sisters are beautiful, that they know they’re beautiful, and that, with their album art and promotional photos, they understand their genre’s default setting is “male gaze.” More video clicks to ’em! 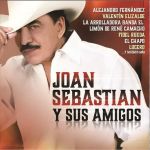 In 2012 Los Horóscopos appeared on a cheapo compilation called Amigos de Espinoza Paz, featuring a bunch of norteño and banda acts singing songs by the hitmaking balladero. Several of those same acts — El Coyote, El Chapo de Sinaloa, and La Arrolladora Banda, who never met a sappy ballad they couldn’t lull into a stupor like snake charmers — also appear on Joan Sebastian y Sus Amigos (Fonovisa), an appealing compilation of songs by the recently deceased and mega-prolific songwriter. Sebastian himself sang some of these tracks, and the rest are covers that showcase Sebastian’s trademark blend of Mexican regional styles with U.S. countrypolitan. Listen to the string glissandi on Alicia Villarreal’s “Me Gustas” and tell me you don’t hear Billy Sherrill’s influence. (Although, with crossover influence running rampant in these genres, who knows how much the sound of mariachi strings seeped into Sherrill’s approach. Further research!)