Since Juanes is a Colombian guitar hero, he’s not exactly NorteñoBlog material, but today I’ll make an exception. After all, Loco De Amor was one of 2014’s best albums, a career high for the singer-songwriter, and now I see he’ll be singing his new song “Juntos” at this Sunday’s Grammys — y él estará cantando EN ESPAñOL! Besides his countrywoman Shakira, who’s busy nesting with a new baby, there are few Latino superstars better poised for such a breakthrough. Juanes has already played an all-Spanish concert on The Today Show, and his music is straightforward pop/rock with just enough touches of tropical rhythm and instrumentation to set him apart from, say, Sting. Unfortunately (you knew this was coming):

1. “Juntos” sucks. It’s toothless ska that would have been the eighth-best song, at most, on Loco De Amor.

2. It’s from the soundtrack to a terrible looking Disney movie where Kevin Costner plays the fish-out-of-water white hero to a Latino cross-country team, much like that movie where Jon Hamm recruits Indians to play… baseball, was it? I don’t feel like researching these movies, partly because the “Juntos” video contains a money shot of Costner staring skeptically at someone’s backyard rooster. Get it? OK, yes, roosters are naturally hilarious, but owning them isn’t. They and their harem provide eggs, companionship, and valuable childhood lessons about death. I’m pretty sure my (gringo) Mom had chickens growing up in central Missouri, and I know several (mostly gringo) Chicago suburbs have been lobbying for chicken-friendly zoning laws. Backyard chickens and roosters just make sense. If you’re gonna stereotype a whole group of people, at least get your signifiers right! This movie seems calculated to please the same people who’d enjoy that ridiculous McDonald’s commercial that currently precedes the “Juntos” video, the one where they encourage you to dance for your food. It’s not overstatement to say that McDonald’s, Disney, Kevin Costner, “Juntos,” and Juanes are complicit in hastening the end of civilization.

Um, watch the Grammys! Big moment for Juanes. For all of us. 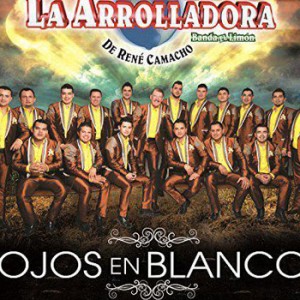 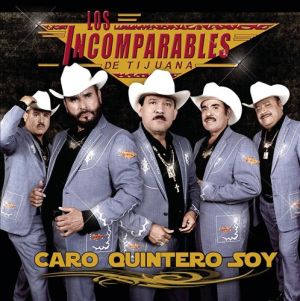 In corridos, Los Incomparables de Tijuana released their 18th-or-so album Caro Quintero Soy (Sony), with a lead single of the same name, sung here in spellbinding duet with another band, Los Nuevos Rebeldes. (PICK TO CLICK!) Come for the big bushy beard; stay for the part in the middle where they put down their instruments and shout out their respective bands.

And what would norteño music be without redundant and excessive exits compilations? Sony and Disa are flooding the market this week, with comps by Vicki Carr, Cornelio Reyna, Conjunto Primavera, Calibre 50, Recoditos (that one might be a lot of fun) — I won’t list ’em all, but they’re out there, cluttering up a discoteca near you.