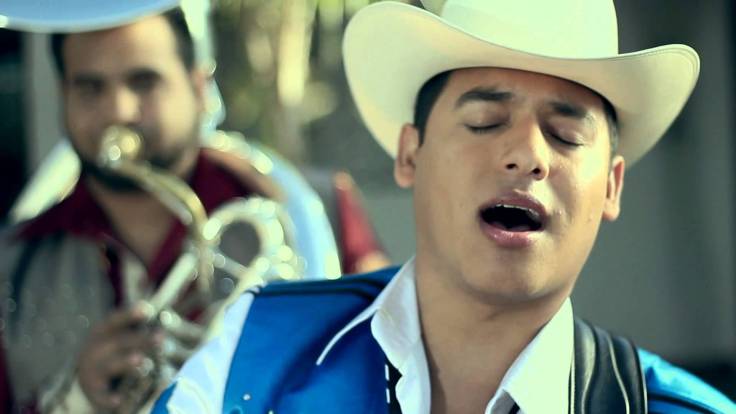 (Tragedy early [Wednesday] when four young men traveling on the Angostura-La Reforma road [in Sinaloa] were speeding, suffering a serious accident. Two of the young men lost their lives.)

(One of the victims is the singer José Ariel Camacho Barraza, 22 years old, of the community Juan de la Barrera in Angostura. Hours before the tragedy, Ariel Camacho y Los Plebes del Rancho had played the festival Carnaval Mocorito 2015.)

And lest we forget, two 22-year-olds died in the crash:

Camacho was just getting started, and already he sounded like nobody else on the radio. He sounded old — or at least his music did, even when it was brand new. Listen to his version of “El Karma” next to Noel Torres’s, and it’s hard to believe Camacho was the younger man: he slurs some words and takes the song slower, his sparse trio refusing those qualities — vigor, speed, change — we associate with youth. Mostly he sounds weary, and it’s that weariness that makes Camacho’s “El Karma” the most sinister version. (Revolver Cannabis also took a shot at the song.) A hotshot like Torres can brag about karma visiting his daughters’ kidnappers in the form of an R-15 rifle. Camacho doesn’t need to brag. He’s seen this story play out before, and so he tells his tale with the grim determination of a man trapped by fate. After his real-life accident the song’s final line is chilling: “Nadie de la parca se puede escapar.” Nobody can escape the reaper.

Weary fatalism got him onto U.S. radio: #7 regional Mexican, #16 Hot Latin. For a format that’s mostly sappy love songs and exuberant crime songs, this was remarkable. His hit debut album was a whole lot of the same. Last month I wrote:

This hypnotic trio album wants to trick you into thinking it’s traditional corrido music, when in fact it’s very modern. The 14 drumless songs follow a formula: Camacho and his guitarist, César Iván Sánchez, sing simple tunes in close harmony while tuba player Israel Meza plays basslines that double as leads. With the tuba hurling interjections around his vocal throughlines, Camacho calmly sets his requinto rippling. The results sound like dusty folklore, not at all like the shiny banda pop or driving corridos that currently occupy the regional Mexican zeitgeist.

Camacho sang newly composed songs, not classic corridos. Other acts like Justicieros del Rancho and Lenin Ramirez have recently combined requinto, guitar, and tuba, but as far as I can tell Camacho was the only one to hit big with the sound. Tributes have been pouring in from almost every norteño singer you can name, and with good reason. Camacho was a fine musician, with a knack for making his music sound vital even as he rejected modern trends. I’ll miss hearing all the refusals he could’ve made.