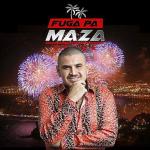 Alfredo Ríos El Komander (I guess that’s what we’re calling him now?) continues to fire off charming singles that sound like he wrote them on a napkin and recorded them in the back of the bar. His latest, “Fuga Pa’ Maza” (Twiins) makes the theme explicit. It’s a drinking song whose background crowd noises exist as much for their musical energy as their verisimilitude — note how the crowd abruptly shuts up mid-whoop at the end of the song, rather than fading into a jumble of congratulatory high-fives. “Mi vida es pura pura pura borrachera,” Ríos brags, his tuba and requinto (I think) players capering around the bar, spilling everyone’s drinks. Youtube commenters seem disappointed this isn’t a corrido, but it wins NorteñoBlog’s coveted VALE LA PENA/CLICK TO PICK double shot. Now go corrupt some youth! 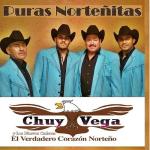 You’ll remember la semana pasada NorteñoBlog noted two new Hyphy releases by corridistas Chuy Vega and Los Originales de San Juan. They’re both back this week, having released other albums of apparently new music for different indie labels. Not that I’m complaining — jazz players like Wadada Leo Smith and Rob Mazurek busily compile equally confusing discographies, and putting the pieces together is part of the fun. This week, Vega’s Puras Norteñitas (jesus jose vega cuamea) and Los Originales’ Celebrando 39 (Long Play) both sound (on cursory listen) like solid country collections, with a slight edge to Vega, but if you don’t have Spotify or Rhapsody you might just have to take my word for it because Youtube’s not yielding much.

Not to overlook Hyphy, their young bass quintet Grupo H-100 has a debut album out called Nada Que Hacer. Its cover hearkens back to the golden age of hyphy norteño, with bullet-holes, skull jackets, and a shiny urban metal-and-leather aesthetic. But these guys have nothing to do with hyphy norteño. (Thinkpiece forthcoming.) Lead singer Jasiel Felix has kind of a Noel Torres thing going on, where he seems to be perpetually holding your shoulder and looking you in the eye without expression. I really find this style of singing appealing. What this says about my cauterized emotional receptors I’m not sure, but they’re worth a listen. Biggest hit so far is the corrido “Chuy Verduras,” and the band also has a rewarding new series of videos where they play live in a garage.

H-100’s sometime labelmates and duet partners Los Nuevos Rebeldes have a new live album with Banda La Conquista, (En Vivo), that has one of the busiest covers I’ve ever seen. The cover matches the sound, where the crowd is barely audible but every instrument is dry and upfront. Given the Conquista trumpeters’ haphazard approach to tuning, this strategy has its drawbacks. I’m not finding Youtube excerpts, but here’s one of those garage concerts with all the same players and then some.

The sextet-or-septet Puro Domador (aka Domador de la Sierra) play a fusion of grupero and Tierra Caliente, which in the case of single “Tu Profesor” means happy norteño pop with a sax, tambora, and a keyboard that I think is playing some very convincing tuba lines — but miraculously without any cheesy basement-psycho synth leads. The fusion has NorteñoBlog’s approval.