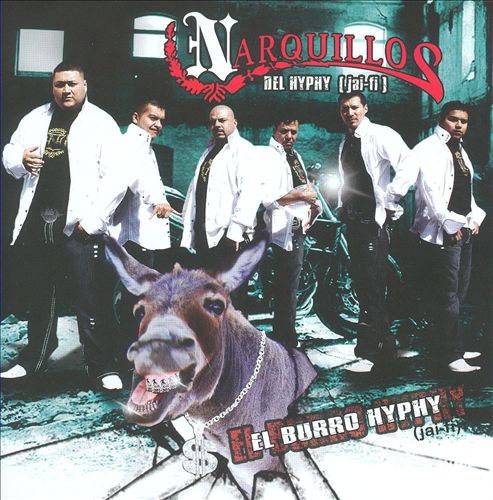 My hyphy thinkpiece has arrived! It’s all about California’s unique genre of corrido music known as “hyphy” — yes, named after the rap style — which flourished briefly last decade. The article excerpts two new interviews, one with Hyphy label owner Jose Martinez and one with producer and engineer Juan Ramirez. If I may say so myself, it’s a fun read.

You can read it in Maura magazine, either by subscribing or paying some nominal dinero for the single issue. Out of respect for the magazine and its paywall I won’t reprint anything here, but I don’t think they’d mind if I reprint my abstract for the conference where this article originated:

Pronounced “Jai-Fi”: California Norteño, the Word “Hyphy,” and the Story of a Movement

Recount the fall of 2008, when everyone in the club was getting hyphy — everyone in California’s norteño scene, at least. A year after the watershed rap compilation Hyphy Hitz, the Modesto band Los Amos de Nuevo León scored a minor radio hit with “El Hyphy,” a galloping two-minute accordion orgy of “locos brincando.” A movement was born, sort of. Los Amos’ producer Juan Ramirez corralled like-minded bands into El Movimiento Hyphy; CDs and videos rushed to market. As hyphy rap faded from the nation’s radar, these norteño bands claimed the word as their own, suggesting fast tempos, California pride, subterranean video budgets, and various decadent and/or inexplicable behaviors. The cover of Narquillos del Hyphy’s album El Burro Hyphy depicts the movement in all its glory: six men in matching black and white outfits stand with a gleaming motorcycle, scowling at the severed head of a donkey wearing a diamond studded grill.

Hyphy Movimiento burned out quickly, but the word “hyphy” lives on. Los Amos’ current label is Hyphy Music Inc., which “has nothing to do with Hyphy Movimiento,” label founder and namer Jose Martinez told me — “‘Hyphy’ to me means absolutely nothing.” But it still connotes plenty: California, kush, and, in Martinez’s view, a mellower strain of narcocorrido. Unlike bands in the more popular Movimiento Alterado, Hyphy’s bands don’t sing the gory details of cartel massacres, except when they do. Through interviews and music I’ll explore the shifting story of the word “hyphy” in U.S. norteño music, and through that story some larger issues of branding, cultural appropriation, and the new wave of corrido fans. (Hyphy sells 90% of its music within the U.S.) I won’t dwell too much on cartel violence, promise — but Martinez, a conscientious former youth counselor, did bring it up.