El Karma Comes Back To You Hard 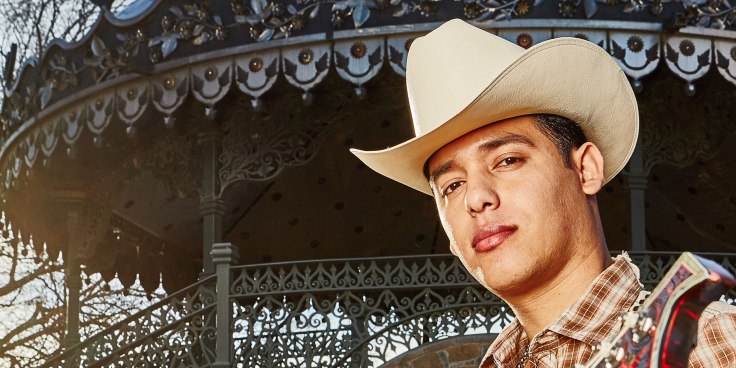 That’s right, my first article at the illustrious music website Pitchfork.com is also Pitchfork’s first article about Regional Mexican music. It’s all about Ariel Camacho’s song “El Karma,” which longtime NB readers know I like a bit. Here’s the opening:

So far in 2015, six different songs have topped Billboard’s Hot Latin Songs chart. Five of them involved slick, established stars like Enrique Iglesias singing about love or dancing, but the sixth hit was different. It was a corrido, part of Mexico’s century-old ballad tradition about everyday heroes facing impossible odds; according to Salon’s Alexander Zaitchik, corridos are like “contemporary news reports—a Mexican version of Chuck D’s description of rap as black America’s CNN.” With the rise of Mexican drug cartels over the last few decades, corridos have largely given way to narcocorridos, story songs lauding the exploits of illicit kingpins and their employees. But before last March, no narcocorrido had ever hit #1 on the Hot Latin chart.

Read all about it at the ‘Fork! You’ll notice the NB has changed our header to mark the occasion: Hats off to Omar Burgos, Los Plebes’ astounding tuba player.