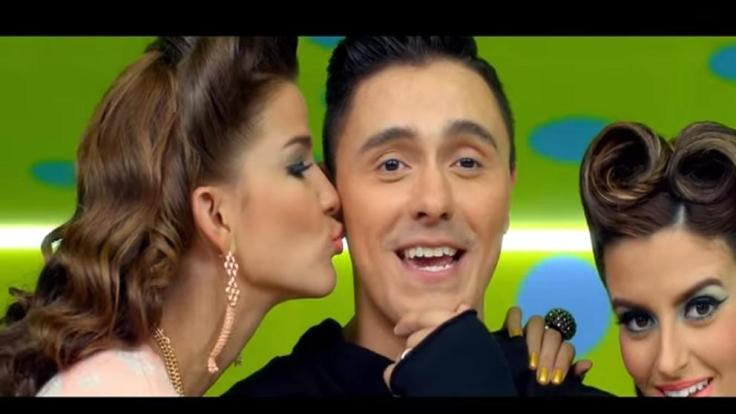 Back when I dreamed of writing songs the whole world would sing, I used to pick up library books with titles like How To Write a Hit Song. Thrilling to advice like “Every line of lyric in your song should relate to the title,” and “A song without a chorus is like a house without a kitchen,” I set to work. My first attempts were mostly parodies, including a version of Harry Belafonte’s “Day-O” entitled “Mayo” and narrated by a frustrated Jewish deli owner. Since I knew no Jewish people at the time, my depiction probably wasn’t very accurate. After that I went emo, writing songs with hard rock riffs I was forced to play on the piano, with lyrics about memories and “looking for my tomorrows” while accepting today. Every line of my lyrics related to what a jerk I was.

One summer at camp, my counselor, an aspiring Christian singer-songwriter named Chad, presented a workshop to hone our craft. Again I learned that every line of the song should relate to the title. Chad collaborated with the room on a song about our time at camp; he gave it a botanical title and included some lines about “sowing love” and “planting dreams.” He then set us loose to write couplets of our own and share them with our neighbors. When I presented my lyric about the abject terror of getting one’s arm caught in the lawnmower — of life! — my partner shook his head sadly. “Couldn’t think of anything?” he asked, little knowing that I was now imagining him being mauled by a lawnmower while I held my gold record plaque over him and laughed.

I’m guessing neither of those dreams grew into the tree of reality. I’m certain the latter didn’t — but if I were still looking for songwriting advice, I’d check out monitorLATINO’s charming “Anatomía de un Número Uno” feature on “Picky,” Joey Montana’s slow-climbing Panamanian reggaeton song. Though the article cautions that writing a hit song isn’t just a matter of following a recipe, it gleans some useful tips from “Picky”:

The song has a contagious and recognizable hook, plus alliteration.

It’s danceable from the first bar without some long and ponderous introduction.

Perhaps most importantly, the song sticks to themes, presenting the classic scenario of the demure woman and the slobbering sex-hungry lothario trying to attract her attention. The title also berates listeners, some of whom might foolishly resist such an objectively delightful song — yearning, for example, for less alliteration or a slower introduction. “Stop being so picky!” yells Joey Montana. Well, all right. The song is #21 in El Norte and #1 in Mexico, where it’s popular enough to have infiltrated the usually-all-norteño “Popular” chart, below.

These are the Top 20 “Popular” songs in Mexico, as measured by monitorLATINO. Don’t confuse “Popular” with the “General” list, which contains many of the same songs but also “Stressed Out,” “Can’t Stop the Feeling!”, “No,” and J Balvin’s reggaeton banger “Bobo,” which as far as I can tell has nothing to do with the invented secret language of David Brooks, and everything to do with J Balvin comforting the afflicted so he can get them (ok, her) into bed. (It jumps to #2 in El Norte this week.)