Forgetting has a long and proud history in pop music, from Elvis’s “I Forgot to Remember to Forget,” to Shakira chirping “Can’t Remember to Forget You,” to Robin Thicke having no idea how he wrote “Blurred Lines.” In country music alone, NorteñoBlog has forgotten hundreds of songs about singers’ misguided attempts to grapple with the past by flooding their temporal lobes with alcohol. So the recent appearance of four or five(!) simultaneous Mexican hits about forgetfulness doesn’t necessitate much more than an exclamation point. Yet here we go…

(Treat the blog nice, or I’ll remember to turn this into a full-fledged thinkpiece about how banda forgetfulness channels Paz’s Dialectic of Solitude or some shit.) 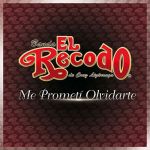 First up! The oldest of the four comes from the venerable Banda El Recodo, doing Edgar Barrera and Martin Castro’s midtempo waltz “Me Prometí Olvidarte.” Turns out that, after we collectively cheated on Banda El Recodo and destroyed their collective heart into a thousand pieces, they promised to forget us. Guess how that worked out. They forgot us so thoroughly they commissioned a song about how thoroughly they forgot us! I blame our world class gams. This song is mid-tier Recodo, fairly trad with the polished spit sheen of expert arranging and recording. But our gams demand more than mere professional competence, do they not? NO VALE LA PENA

Next oldest is from the man blessed with the continent’s best voice, Julión Álvarez, whose “Esta Noche Se Me Olvida” is a slow banda ballad from Calibre 50’s Edén Muñoz and relative newcomer Gussy Lau. You, faithless lover, have driven Álvarez to drink, that he might forget your kisses. Why would you choke that beautiful scratchy warble on alcohol and tears? The video portrays our hero playing to throngs of adoring fans at an outdoor concert, cementing his status as the biggest norteño star outside Gerardo Ortiz, but this middling ballad isn’t getting me excited for Álvarez’s forthcoming album, Ni Diablo, Ni Santo, due out Friday. NO VALE LA PENA.

We turn to our next victims of love’s cruel dementia, La Arrolladora Banda, who know how to kick out the slow jams, some of which are really good. Their performance of Espinoza Paz‘s “Ojalá Que Me Olvides” may be one of those — the good ones always take a while to grow on me. Because these guys excel at grooves, sometimes a ballad that first registers as nodding off transforms, upon repeated listening, into nodding my motherfucking head. The scenario here is sad but noble: The men of Arrolladora still love the woman who left them, so they hope she forgets all about them in the arms of another banda. Simple as that. And sure enough, repeated listens are revealing new nuances in their apparently simple groove — check out that stuttering mid-range brass during the middle eight! — enough to award this a coveted VALE LA PENA.

But the even more coveted title of Pick to Click goes to “Secuelas de Amor,” a Magic Changes slide guitar workout from twentysomething Chayín Rubio. “Sequels of Love” isn’t a forgetfulness song so much as song about the impossibility of forgetting — which is pretty much the gist of all those forgetfulness songs, too. “It dies slowly, this love that was eternal,” Rubio keeps repeating at the end. You may remember his debut single, the Sierreño-by-candlelight “Ya No Aguanto,” from 2015. If not… well, you’ve come to the right place!

Oh! And I almost forgot the latest mariachi exercise from the ageless El Bebeto, “Porque Tomando.” He’s going to kill his memory with pride and liquor. Swords and tequila will carry him through the night.

These are the Top 20 “Popular” songs in Mexico, as measured by monitorLATINO. Don’t confuse “Popular” with the “General” list, which contains many of the same songs but also “Sign of the Times,” “Something Just Like This,” the ubiquitous “Despacito,” and Dvicio’s “Casi Humanos,” which combines the rasp and riff from “Every Breath You Take” with a heaping glop of bro-country “whoooaaaa”s.