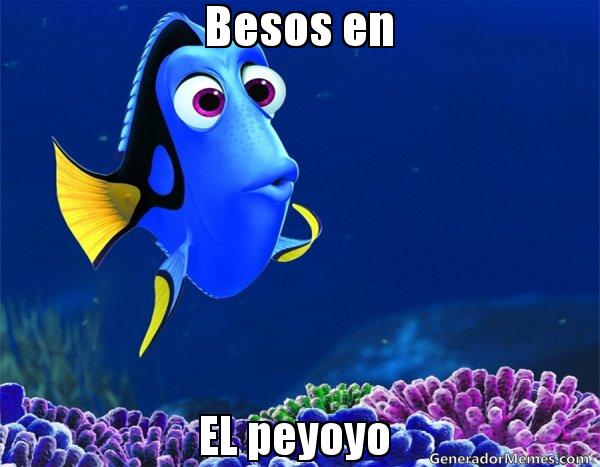 We all know insufferable (and occasionally kickin’) Brooklyn indie bands love naming themselves after animals. But did you know that kickin’ (and occasionally insufferable) indie norteño bands also dig animal metaphors? And were you aware that writing intros is not NorteñoBlog’s strong suit? Read on! 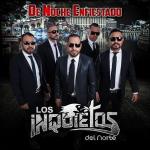 Los Inquietos del Norte started one of norteño’s most successful artist-directed indie labels, Eagle Music, in 2002. Along with their fellow Bay-area natives Los Amos de Nuevo Leon, Los Inquietos helped create the sound of hyphy norteño, the party punk version of bro-norteño, all lickety split tempos, simple accordion slashes, and lyrics about wild debauchery. Inquietos quickly went their own way: though their songs still sounded hyphy, they dropped the hyphy name and started adding wobbly violin-based ballads to their repertoire. They also grew their record label. Along the way they’ve cut distribution deals with mom-and-pops and majors. I’m not sure how their new album De Noche Enfiestado is being promoted, but I did hear its wobbly violin-based lead single “No Dudes De Mi” on midwestern corporate radio the other day, so somebody’s pushing it.

In addition to their Eagle mascot, Inquietos are into perro y gallo metaphors. NorteñoBlog has discussed their wobbly, weirdly operatic single “Como Perro Amarrado,” which is sort of like Jamey Johnson’s “Dog In the Yard” without the rue. Like, serious lack of rue. The Meza brothers’ vibrato is where rue goes to die. Their profane and violent “La Cerre el Hozico al Perro” has more energy, and I’m partial to “Los Tres Gallasos,” if only for the accordion. Rosalio Meza has some fast licks at his disposal, but he’s not afraid to simply hang out on one repeated note, frowning his instrument’s approval at the lyrics. There’s a cultivated carelessness in this bunch.

The label owner known as El Andariego has just released his umpteenth album, De la Mano del Pueblo (El Andariego). El Andariego plays spritely ranchera, with a signature sound of accordion trading licks with guitars; light strings and horns float over the top. He doesn’t oversing. In fact, his music has such innocuous charm, NorteñoBlog would like to recommend it to the local Mexican restaurants for overhead music.

Now, if this new Andariego album has animal metaphors, I haven’t found them yet. He’s in this post for three reasons: his album is new, it’s on Andariego’s own indie label, and Andariego once released a terrific song called “Los Pinguinos” (en la cama, no less):

Corridero Juan Rivera, brother of Lupillo and the late Jenni, has also released umpteen albums. His 2007 collection Corridos de Poca Madre (Cintas Acuario) just hit streaming services, and it leads with the song “Los Cocodrilos,” a popular corrido trope. Unfortunately, urbandictionary.com informs us Sr. Rivera is probably referring to cocaine junkies and not to the actual reptiles, which have been a popular accessory to criminal masterminds since at least Roger Moore’s croc-hopping scene in Live and Let Die. Unless those were alligators. Or caimans. There must be others. I don’t really like Rivera’s singing — he sounds off-key but not in any compelling or personable way, so moving on…

But enough with animals! This week’s Pick to Click comes to us from Banda Cuisillos, who dabble in pop, banda, pianos, psychedelic cover art, and, on “A Goyo Le Huele El Peyoyo” (Antares), crazy cumbia. It’s a remake of Banda Pura Caña’s “Goyo Peyoyo.” NorteñoBlog admits to being thoroughly confused.