It is the longstanding position of NorteñoBlog that the puro sax styles of Chihuahua and Zacatecas would improve with the addition of more terrible “sax” puns in the titles. When we last checked in with the New Mexican quintet Anexo Al Norte, they were pursuing perfection with fellow New Mexican Beto Ronquillo. That pursuit failed, so they’ve settled for a limp Christmas cumbia on Blas Records, “Parodia Botas de Navidad,” unfortunately NOT a parody of “The Christmas Shoes” (aka “Los Zapatos de Saxmas”). Announcing your song as a parody is never a good move, especially when the song isn’t funny, but sax player Iván Murillo almost makes up for it with his groovy syncopated takes on “Jingle Bells.” In the song, Santa brings the boys in the band a bunch of instruments, along with the titular botas and a mixing board. One of them falls asleep with the mixing board, which is sure to mess up his levels. In the video’s high point, the band leaves a bowl of tamales out for Santa Claus, a tradition I will now force upon my own family. (NO VALE LA PENA) 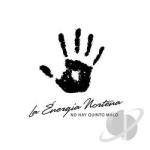 As you’d expect, the Dallas saxtet La Energia Norteña has far more energy. They’ve just released their fifth album for the Azteca label, an ode to saxual endurance entitled No Hay Quinto Malo. And, because the fifth time’s the charm, the album debuted at #1 on Billboard‘s Latin Album chart. Lead single “Hoy Me Toca Perder” (aka “Hoy Me Toca de Dar Saxo Oral”) is a maudlin thing, with string cues and a video full of meaningful looks and lonely rooms, though it does afford Israel Oviedo a chance to wail in full Clarence Clemons mode. Better is “Me Ganó la Calentura” (aka “Calor Saxual”), which sounds more like winning, even though its chord progression gives it an undercurrent of heartache.

But NorteñoBlog is most partial to their cover of Joan Sebastian‘s straight-up country song, “El Taxista.” (“El Saxista”? Too easy.) Written by Sebastian’s son José Manuel Figueroa, its melody soars through a tale of lovelorn despair, told from a stoic taxi driver’s point of view. In other words it’s perfect for this genre, where jaunty beats and riffs try to ignore their songs’ anguish every day of the week. Pick to Click!

We pause to congratulate La Maquinaria Norteña, the quintet that stands astride this genre like a saxophone colossus. For the second year running they’ve been Grammy nominated for Best Regional Mexican Album (including Tejano), this time for their Fonovisa album Generación Maquinaria Est. 2006. Six years older than Maquinaria, the L.A. quintet Cumbre Norteña just released their album 16 Aniversario on the Daggam label. Except rather than buying one another wax (tradicional) or a peridot (moderno), the Cumbre Norteña guys have hired themselves a whole bunch of guest singers. It’s an album of celebratory duets: Maquinaria’s Sergio Soto sings along on the first song, and other ace harmonizers include the Terrazas sisters from Los Horóscopos (hometown!) and Los Rieleros del Norte, who have been working the sax turf a long time. Nearly every song features singers straining to hit notes you think they can’t possibly hold, until they do. Anexo Al Norte should sound so festive.