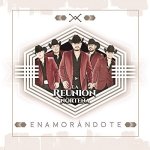 It is the longstanding position of NorteñoBlog that the puro sax styles of Chihuahua and Zacatecas would improve with the addition of more terrible “sax” puns in the titles. When last the Blog caught up with Chihuahuan quintet La Reunión Norteña, it was to approve of their febrero single “La Enorme Distancia.” That single does NOT appear on the band’s latest album, Enamorándote (Azteca); but true to the band’s name, La Reunión, like Grover, remains obsessed with issues of nearness and farness. Witness their latest single “Cuando Estoy Junto a Ti” (alternate title/band name: “La Reunión Saxual”), a charmingly guileless song of devotion; or previous single “Un Minuto Más”, a reference not to the band’s saxual stamina, but to their inability to let you go. (So, probably a reference to the band’s saxual stamina.) If anything, these guys are a little too consistent — I’d be hard pressed to tell those songs apart based on their music alone — but, like quiet storm, you don’t necessarily put puro sax music on to be distracted by it. NO VALE LA PENA 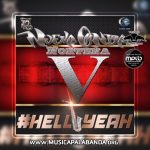 Except when you do. Las Vegas quintet/sextet La Nueva Onda Norteña markets itself as a “new wave” band, and the Blog’s job is to figure out what that means. Their fourth(?) album #Hell Yeah (Discos America) includes some tempo-shifting intros and outros, but to my ears they have two elements that are really ushering in the new wave. First, their mid-song shoutout is “Hell yeah,” a phrase they’ve claimed for their own through some judicious hashtagging. Second, everyone in the rhythm section plays like they want to be noticed, adding to even more interesting counterpoint than this genre’s typical sax/accordion twinings.

Cases in point: the straightforward proposition “Quiero Hacerte El Amor” (alt. title “#Quiero Sax You Up”), with its prominent slapdash drum fills; or “Que Te Cuesta” (aka “#Saxo Por Dinero”), which manages to slip into some thunderous grooves without ever losing its momentum. Leadoff song “Mi Castigo” (or “#Tortura Saxual”), a cover of synth-saturated Grupo Ladron, sets the tone: love is expensive, love is torture, but our chops are badass and our good taste will pull us through. On cursory listen I’m ready to recommend the whole thing, but I’ll Pick to Click their cover of Caifanes’ “No Dejes Que,” simply because it sums up their ethos so well. VALE LA PENA

Substantially less cool is San Antonio sextet La Teoría Norteña, whose debut single “La Combinación Perfecta” is NOT a remake of Roberto Tapia’s narcocorrido of the same name. Rather, it’s the would-be touching story of a mayo-deciembre romance, like Becky G’s “Mayores” but told from the old dude’s point of view, which ups the ick factor considerably. As does the way La Teoría’s personality-starved lead singer holds out the key word “cama,” his voice desperate and unsteady as he watches his young mujer edge her way out of the bedroom. The song kicks off the band’s first album, presumptuously titled La Historía Continua… (DREAMEX), but their playing needs to tighten up considerably to fulfill that prophecy. NO VALE LA PENA