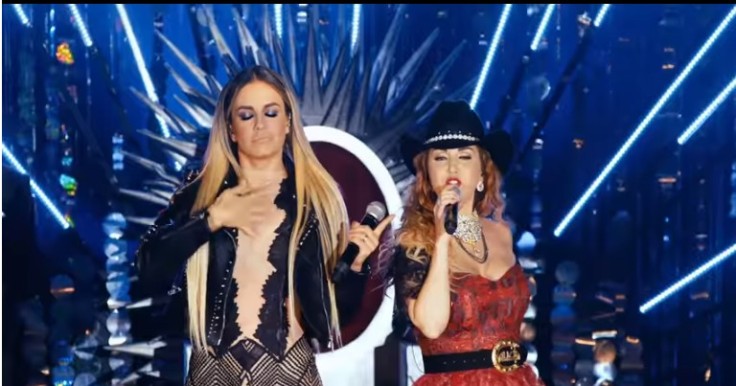 As promised, Edwin Luna and his perpetually nascent acting chops appear at #10 on this week’s busy Mexican radio chart with the giggle inducing “Fíjate Que Sí.” Actually, it might only induce giggles if you watch the video, let’s see here… [Listens to the song in another tab.] JAJAJAJA! Oh, Edwin Luna. You are an international camp treasure. The man draws out his singing and even his spoken interludes until the words congeal into a sticky mass. They say he aspirates agave nectar. 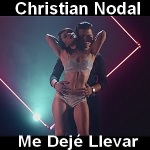 Other entries previously lauded by NorteñoBlog include man-myth-legend El Fantasma at #17, and whirling fount of Terpsichore Marco Flores doing his devil dance at #19. At #14 we find the latest mariacheño-or-whatever romantic ballad from Christian Nodal, still sounding older than his teenaged years. In “Me Dejé Llevar,” the title track of his overrated 2017 debut album, Nodal laments getting carried away by passion for a mujer, which seems to have made him possessive and scummy. The music doesn’t sound like possessive scumminess; it’s his patented mix of dull, syncopation-free guitars with swoony horns, strings, and accordion. The video, though, is a primo cultural artifact. First we see the macho caballero with hat, cigar, and sturdy country mansion; then we’re whisked behind the scenes into some abstract phantasmagoria of amor, where the now hatless Nodal and a nearly naked mujer enact the ritualized dance steps of love inside a neon square, floating amid darkness. THE DARKNESS OF THE CABELLERO’S OWN HEART, you suggest? The Blog won’t argue with you, except to say: NO VALE LA PENA.

Better is the song at #11. “Sentimientos” is a likeable minor key cumbia from Alicia Villarreal’s 2017 album; it’s both a cover of Villarreal’s 20-year-old Grupo Limite hit, and a duet with her fellow mexicana María José. In both their studio rendition and in this live video, Villarreal and José work up a mariacheño head of steam like Nodal never dreamed. There’s just as much string/accordion swooning, but a much kickier beat and the knowing winks that appear when you find yourself in your 40s, mooning “Ahhhh…. FEELINGS.” Pick to Click! 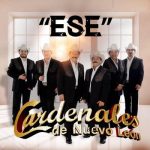 If these newfangled stylistic blends aren’t your thing and you long for some straight-down-the-middle chapado-a-la-antigua norteño, look no further than #20
, where Los Cardenales de Nuevo Leon are hellbent on proving their devotion and mustache grooming prowess with “Ese,” a bouncy list song about all the nice things Los Cardenales do for their mujer, only to suffer abject humiliation in return. Not so nice! The Blog slept on Los Cardenales’ 2017 album Un Aviso del Cielo (Remex), their lucky umpteenth, but “Ese” is even newer than that and it is totally delightful and VALE LA PENA.

At #13 we find the latest romantic spiel from songwriter to the stars Joss Favela, who belongs to the noble “write a shitload of songs and you’re bound to come up with something good” tradition. Favela can be both funny and catchy; “Me Hubieras Dicho,” the story of a faithless mujer, is neither. In Favela’s video as in Nodal’s, we see the singer alternating between his behatted caballero work uniform and his casual, hatless make-out clothes, because he is a professional singing about feelings we all experience in our slow motion memories. Favela’s a good, lightly adorned singer and his banda charts always sound like the products of a curious musical intelligence, but there’s not much of a song here. NO VALE LA PENA

Sooner or later the Blog will delve into the history of new banda heartthrobs La Séptima Banda (at #8), but today’s not the day.

These are the Top 20 “Popular” songs in Mexico, as measured by monitorLATINO. Don’t confuse “Popular” with the “General” list, which contains many of the same songs but also “Havana Ooh Na Na,” “Breathe,” “El Baño,” and Aleks Syntek’s jovial “Viviendo de Noche,” which boasts big, splattery lead guitar and synth lines, plus a breakdown for sirens — it’s like Prince and Madonna rolled into one!