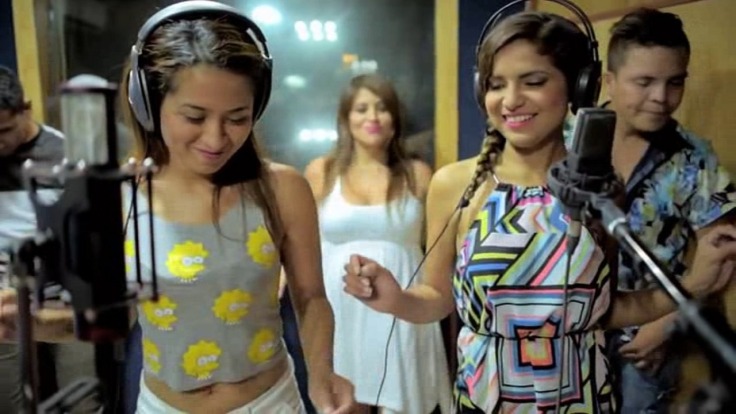 Loyal readers know that NorteñoBlog is in the tank for unapologetic Zacatecan vaquero and spurting tank of Terpsichore Marco Flores y La Jerez — aka Marco A. Flores y su Banda Jerez. Flores seems cheerfully indifferent to the U.S., partly because if he moved here he’d have to buy a car, and he prefers to travel by horse. He records an updated version of the centuries-old banda style tamborazo zacatecano, which is faster than its Sinaloan counterpart and, if possible, even less pretentious. Flores’s songs are full of smutty jokes and traditional dances, and though they rarely aim to cross over into banda pop, he seems to record a video for each of them, maintaining an intimate knowledge of his YouTube counts. Flores’s aesthetic appeal boils down to this: He is a prolific hoot. 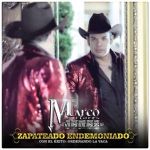 His latest album is Zapateado Endemoniado, released on his own MF label. It contains only three fewer songs than the latest Migos album, but — since nearly every song clocks in between 2:22 and 3:31 — it’s 45 minutes shorter. True, that’s still an hour-long brass band assault with no standouts as genius as “Stir Fry,” but Flores wisely livens up his tempos and rhythms throughout. And song for song, La Jerez’s beats are even stickier than team Migos’.

Take “Colas,” at 4:07 the longest song on Zapateado; it may or may not be an answer record to Migos’ “All Ass.” “Colas” is a big dumb cumbia punctuated by four bar solos that bounce from section to section, with unpredictable low brass lines hellbent on tripping up your dance moves. Starting at 3:40, there’s a groovy duet for clarinet and tuba that deserves to be sampled far and wide. Pick to Click!

But really, the Blog could Pick just about any song here. (In fact, I’ve already endorsed the title track, the best dressage video of our young year.) “El Torito” is a rollercoaster ride through a traditional jarabe, a 6/8 dance that flits between duple and triple feels. On “De Está Sierra a La Otra Sierra,” Flores covers a wistful immigration classic like he was just elected mayor of San José. “Mi Niña Bonita” is not a cover of Vicente Fernandez or Marco Antonio Solis; it’s even bouncier and prettier. And if you watch any of the videos for these songs, you’ll see the flailing limbs of a man more comfortable in his own skin than most of us have dreamt of being. He’s pretty pleased with the sound of his crowing voice, too. ¡VALE LA PENA! 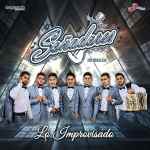 If norteño is more your thing, the fresh-faced septet Soñadores de Sinaloa have just released their I-dunno-sixth? album Lo Improvisado (Mayra/Three Sound). Soñadores play tuba-bottomed party norteño — the title video depicts a fancy pool fiesta hosted by an errant poolboy, played by lead singer Juan Luis Niebla. Musically, a couple assets set these guys apart. Niebla has an excellent yearning high range, in the same tipsy emotional ballpark as Los Recoditos’ Luis Angel Franco, and the band’s songs are built to exploit his crystalline quavers. Second, like the Fall and Bob Seger’s “Hollywood Nights” — or actually, more like any number of duranguense bands — Soñadores have not one but two drummers, one on tambora and one on snare. You might expect this would lead to a lot of polyrhythmic clatter, but these guys deploy their instruments more like banda or duranguense percussion sections, keeping steady but understated beats and then exploding at key accent points. The band gets just as much momentum from guitarrista Carlos Palma, scraping away audibly and tirelessly throughout — the verses of “Por Culpa Tuya” offer good examples. VALE LA PENA 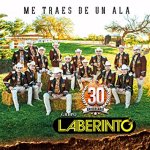 Judging by the cover of their latest album Me Traes de un Ala (Laberinto Sound), Sonoran banda Grupo Laberinto have been wending their way through the maze of life for 30 years now. As you might expect they are competent pros, and the Blog has added two songs — the bouncy and winsome “Como Amigo y Como Amante” and the smooth yacht cumbia “Dale Biberón” — to our 2018 Spotify playlist. (The latter song is a cover of Los Junior Klan, whom the Blog promises to get around to some day.) The rest is anono-banda that fades into the background like husky-voiced stucco: pleasant enough if you focus on it, but it rarely entices you to do so. NO VALE LA PENA 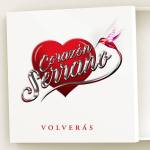 Before the Peruvian electrocumbia collective Corazón Serrano dropped 10 live albums on us their unsuspecting public, their most current release was December’s excellent Volverás (Leader Music), another 21-song album. In true Marco Flores fashion, the album collects a year-or-so worth of singles into a nonstop dance party. Unlike Marco Flores, the members of Corazón Serrano sound like they prefer cars to horses, and the flashier the better; their music is full of ’80s-sounding synths, ’90s-sounding synths, synths that sound like guitars, and distorted guitars that sometimes sound like synths. “Lloro” contains most of the above plus horns; whoever’s playing the pitch-shifting lead line has a fine time doing whatever the fuck they want. The title song recalls “Ghost Riders in the Sky” and sounds a little more trad, insofar as ideas like “traditional” have any meaning in a genre that started with stuff like this and just got weirder. VALE LA PENA/Second Pick to Click!