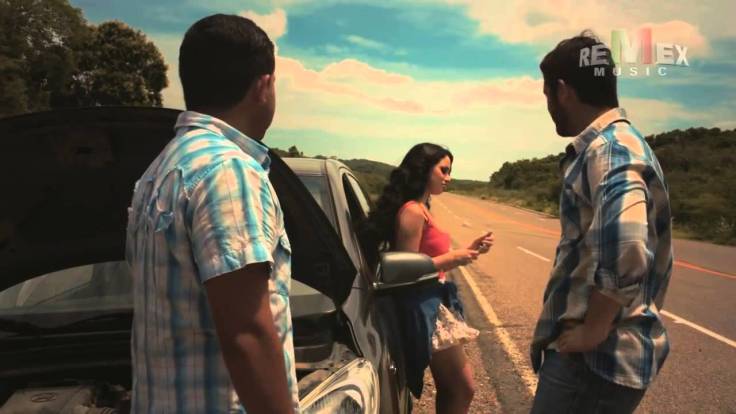 Welcome to the Mexican charts, where change, as my cosmetic podiatrist likes to say, is afoot. Although it’s been several weeks since NorteñoBlog tuned in to the Mexican radio, the rate of turnover feels much quicker there than in El Norte. For example, check out the norteño and banda songs that have been hanging around the charts the longest:

I know what you’re thinking: the Mexican list is way better, and not just because you’re sick of all the U.S. songs after five months! You’re right, but that quality judgment is probably just a coincidence. (And one that doesn’t account for NorteñoBlog’s fave wristwatch porn jam “Tomen Nota.”) You might also be thinking these two charts aren’t equivalent, because Hot Latin measures radio plus streams plus downloads, whereas the Mexican Popular chart only measures radio. Verdadero; but if you check out Billboard‘s radio-only Regional Mexican chart, the U.S. songs have charted for roughly the same amount of time, give or take a week, plus you find Adictiva’s certified 37-weeker “Después de Ti, ¿Quién?”, a real tantric filibuster. END_OF_DOCUMENT_TOKEN_TO_BE_REPLACED

The sometime sociopaths in ¡LOS! BuiTRES! (at #19) couldn’t do it — not even singing a tune by tubthumper de amor Horacio Palencia. Neither could Banda MS, in at #18 with their second slo-mo slow dance on the chart. You might think it inevitable that Banda el Recodo would get the job done, but #4 “Inevitable” isn’t the tune.

Nope: none of this week’s Mexican chart debuts possesses the indescribable and unquantifiable blend of moxy, verve, hooks, indelible vocal timbre and/or inventive instrumental work needed to claim the coveted title of NorteñoBlog Pick to Click.

The Mexican top 20 isn’t a total wasteland. Alfredo Olivas‘s pick from two weeks ago sits atop the chart, and Remmy Valenzuela‘s terrific #3 power ballad just entered the U.S. Hot Latin chart at #49. (Speaking of which, the U.S. charts don’t have any good new songs either. Not even “Cicatriiices,” Regulo Caro‘s bouncy ode to scarred hearts, Pulp Fiction crime sprees, and unusual spelling conventions. Ayiyi.) Readers with paternalistic messiah complexes might want to check out Pepe Aguilar at #17. Readers with drinking problems should stay as far as possible from Banda Tierra Sagrada at #12. END_OF_DOCUMENT_TOKEN_TO_BE_REPLACED 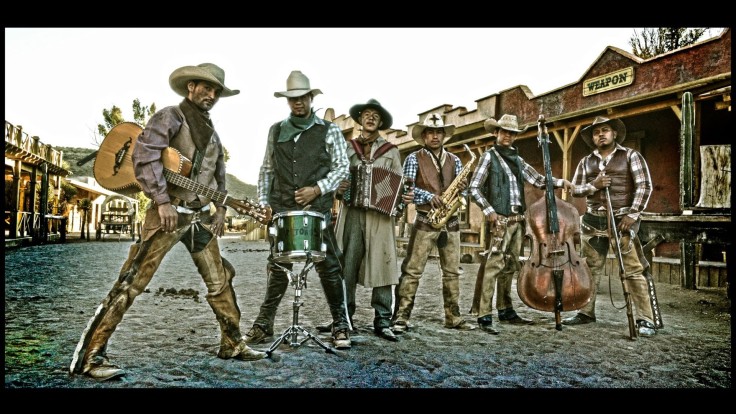 ¡Bienvenidos a la nueva semana musical! It’s really slow! So slow that the highest profile albums overall, judging by Spotify’s home page, are the 50 Shades soundtrack — which, who knows, maybe it’s really good — and Ricky Martin’s new one. I’ve lost track of Martin since 2011, when his album Musica Alma Sexo was a sorry disaster. Checking my notes from that year, Martin’s album was slightly worse than a spottily recorded live reissue by Emerson Lake & Palmer, but somewhat better than contemporary work by The Aquabats! and Triumph Of Lethargy Skinned Alive To Death. (The latter sums up my feelings after hearing Keith Emerson play a keyboard solo.)

This week’s pick to click is the latest single by Retoños del Rio, “Por Que La Engañe” (Goma). It’s got an Intocablish country bounce, busy fills, and a jagged riff played by both accordion and saxophone. Retoños hail from the central state of Zacatecas, where the “puro Zacatecas sax” is a thing.

In fact, Goma would also like you to enjoy some puro Zacatecas sax from a different band, Capitanes de Ojinaga. Their “Cuando Quieras Llorar” could be Conjunto Primavera if you don’t play attention too closely, right down to the sax and the opulent ring in the singer’s voice. (Primavera’s from Chihuahua, where they enjoy some puro Chihuahua sax. Musicological comparison is forthcoming.)

The fellows in La Fe Norteña are not on Goma, but they are still puro Zacatecas sax and they claim they are “Adicto a Usted,” you poor thing. La Fe have a disease and you shouldn’t enable it.

“Indeleble,” the latest banda ballad by Banda Los Sebastianes, is anything but.

(Part way into this new Ricky Martin, it’s at least listenable if not indeleble. He croons, he croons.) 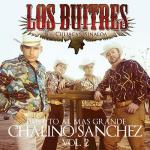 This week’s highest profile album is from LOS! BuiTRES! de Culiacán Sinaloa, their second volume of… well, I’ll let you intuit from the title, Tributo al Mas Grande Chalino Sanchez, Vol. 2 (Music VIP Entertainment). Chalino, of course, was the second act to break narcocorridos inside El Norte. Following in the paw prints of Los Tigres, he was altogether less respectable, both in his subject matter and in his we’ll say casual approach to traditional standards of musical quality. But he was a real man of the people, the people having paid him cash to set their stories to music, which he then sold on cassettes at swap meets. Quite the motherfucker, Chalino. His heirs LOS! BuiTRES! have displayed a similarly slapdash approach to their music, but they’re super productive and occasionally produce work of startling ambition and/or catchiness. So far this Tributo hasn’t startled me, but it does have me wondering what Jorge Cazares accomplished. Pura raza. 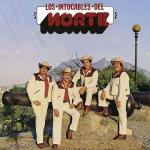 And finally, two reissues I’m including here because I like their covers: a self-titled album from Los Intocables Del Norte (RCA), who are not Intocable; 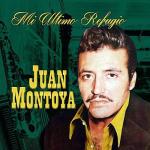 and Juan Montoya’s apparently explicit Mi Ultimo Refugio (Platonia), which has some electric guitar to go with its corrido bounce.