Selena and Ariel Camacho at Remezcla 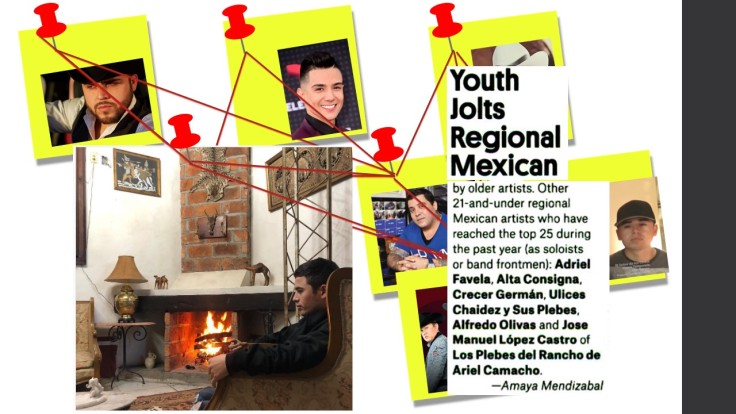 Back in April at Seattle’s Pop Conference, I presented the paper “Selena, Ariel Camacho, and Two Tragedies that Reshaped Regional Mexican Music.” Now I’m happy to report that the website Remezcla has published a streamlined version — down to under 2,000 words, from an original length of 3,000+ — with the new headline “The Tragic Artist Deaths that Reshaped the Future of Regional Mexican Music.” I have trouble boiling down the thesis for people (you can read the abstract here), but it’s basically: Selena and Ariel Camacho both died young; one of their genres fizzled out; one of their genres got big; figuring out why tells us stuff about Regional Mexican audiences. There’s also some backstory on how Regional Mexican formed in the first place; for more, see the Blog’s original research and nursery rhyme.

If nothing else, you should check out Remezcla for the original art of Alan López. Don’t miss his exploding keytar! However, when I changed formats from PowerPoint to thinkpiece, I had to abandon some of my beloved slides. See if you can piece together the argument from these images: 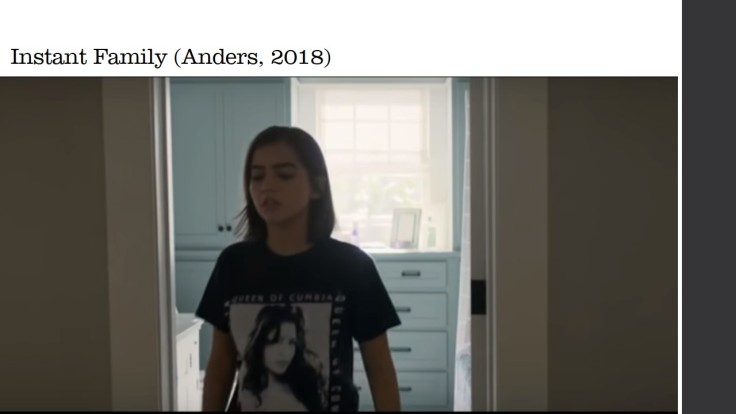 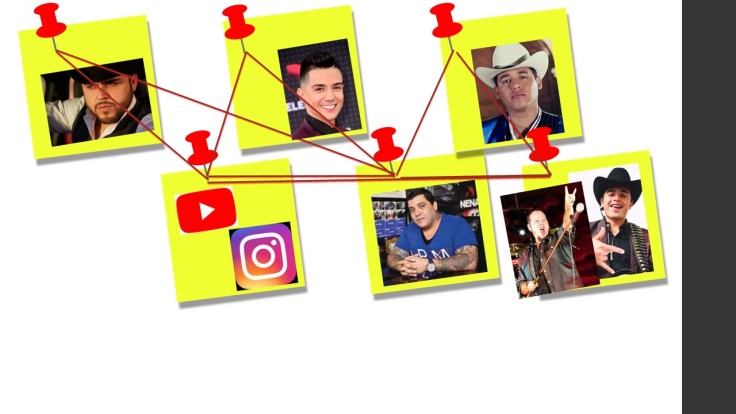 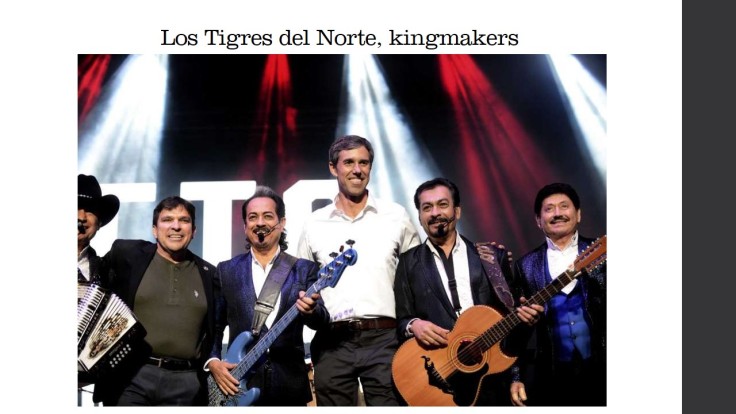 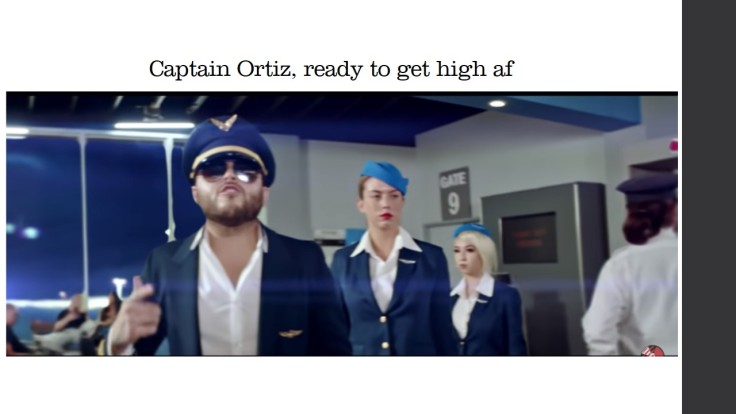 Finally, good news for the Blog’s readers: Remezcla music editor Eduardo Cepeda has been running more articles on Regional Mexican music, including his own (that’s in addition to his crucial reggaeton series Tu Pum Pum) and those of Roberto Jose Andrade Franco and Lucas Villa. Add in some pieces from my Singles Jukebox colleague Juana Giaimo and many many others, and that’s a website! I’m honored to appear in their company. 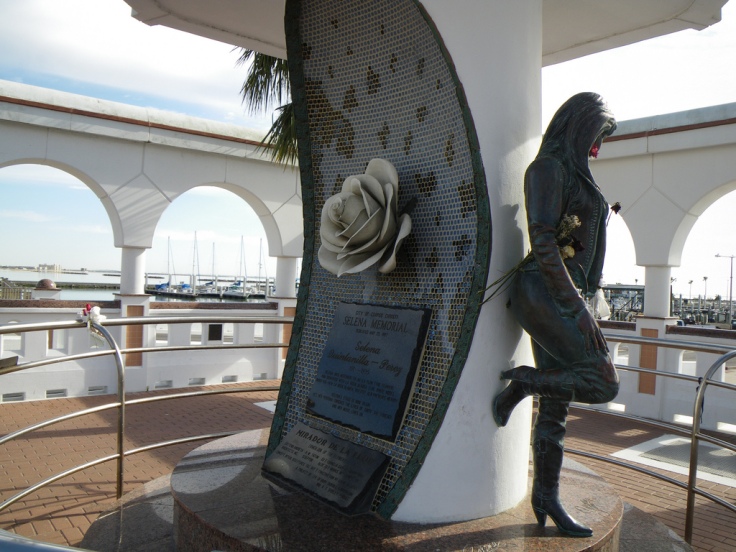 Year after year, Seattle’s MoPOP Pop Conference is a great weekend to learn a ton of musical ideas you never imagined you’d need to know, and to meet and befriend a ton of very smart music geeks. This year the conference runs from April 11-14; the theme is death. See you there!

Here’s the abstract I’ll be expanding: 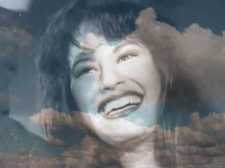 In 1995 the 23-year-old Tejano singer Selena Quintanilla died at the hand of her fan club president. She was already the biggest act in Tejano music, itself the hottest sound on the U.S. radio format known as Regional Mexican; but in death, Selena became a household name. Her posthumous bilingual album, Dreaming of You, debuted atop the Billboard 200 and became the best-selling Latin album of all time. A generation later Selena remains an icon, but the same cannot be said of Tejano music itself. “Tejano Market Hits a Lull,” read Billboard’s ominous 1997 headline, and in 1999 the Houston Press reported, “The Tejano scene is all but gone.” Over the ensuing decades the Regional Mexican format would turn to other sounds — most recently sierreño, an austere style that exploded in popularity after a different twenty-something singer, Ariel Camacho, died in a 2015 car accident. 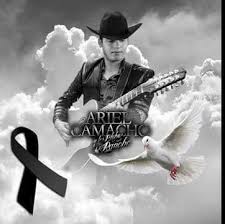 After these styles’ respective stars died, why did keyboard-led, pop-friendly Tejano fade from the airwaves but sierreño — a drumless genre propelled by ornate tuba lines — became inescapable? To learn why, I’ll examine the aesthetic and commercial trajectories of both styles and the evolving Regional Mexican audience. I’ll also explore how the U.S. infrastructure for Mexican-American music has developed. Central to this story is the man who discovered Camacho, Ángel Del Villar, the owner of DEL Records and the person who realized modern sierreño could be viral youth music. Since Camacho died, Del Villar has kept the singer’s band going with two different replacement leaders; he’s also seen norteño stars like Gerardo Ortiz and Calibre 50 hop aboard the sierreño bandwagon. What insights do these styles’ respective death bumps give us into the machinations of the Regional Mexican industry and the identities of its U.S. audiences?

Relevant links:
Archivos de 1994 (Now With Submarine Tracking Technology)
A Guide to Regional Mexican Radio in Houston
“Go Tejano Day”: What’s In a Name?
Karma Comes Back to You Hard: The Tale of the Strangest Latin Hit in Years and the Dead Man Who Sang It
Odes to Music Executives and Other Criminals
¡Nuevo! (starring Los Plebes, Los Tucanes, y más) 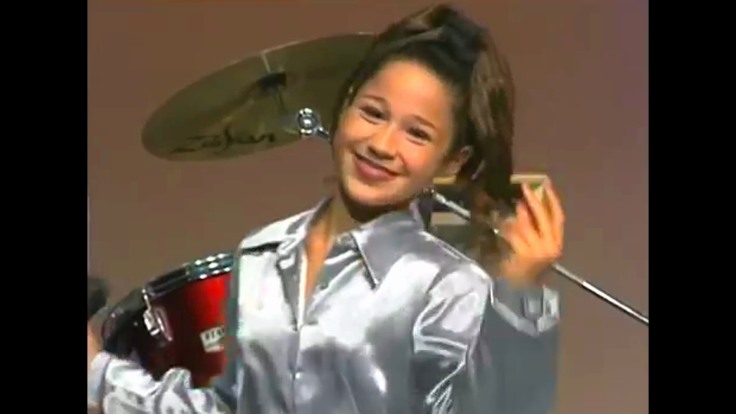 These were the Top 15 Regional Mexican songs, as published by Billboard on November 9, 1996: END_OF_DOCUMENT_TOKEN_TO_BE_REPLACED

A Guide to Regional Mexican Radio in Houston

With the Houston Livestock Show and Rodeo coming up March 1-20, including Go Tejano Day on March 13, I figured I should try to understand the complicated Regional Mexican radio scene in the 6th biggest U.S. radio market.

Look, I made a chart! Stations are listed across the top — frequency, station nickname, rating for the 4th quarter of 2015 — with the most recent call sign associated with that frequency just below, in the 2016 row. The chart begins with 1986 at the bottom; as you travel up through the years, you can see when new call signs take over specific frequencies. 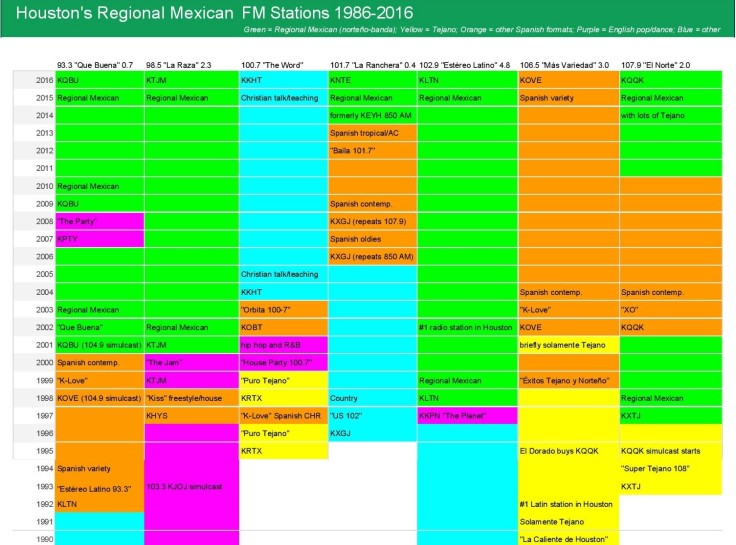 OCTOBER 5, 1989: GERARDO ORTIZ IS BORN (That’s just for reference, and because this .jpg was hard to format.)

When NorteñoBlog surveyed Chicago´s Regional Mexican radio scene last year, it was a straightforward project — I traced the timelines of the three major stations in our market. Not so in Houston. As you can see from the above chart, Houston’s Mexican music fans have enjoyed an abundance of choices over the past three decades. They’ve also endured a confusing tangle of buyouts, simulcasts, and call signs changing frequencies, along with the national boom and bust of a vital regional style: Tejano.

Today non-Texans might have trouble understanding Tejano’s importance to the Lone Star State. After all, Chicago didn’t get our first all-Mexican station until 1997 — the same year KXTJ became Houston’s first station with a norteño focus — by which time Tejano was quickly losing spins to norteño on U.S. radio. In the previous decade, Tejano hadn’t merely been an important regional style; it had been central to Hispanic radio listeners across El Norte, and central to the identities of millions of Texas Latinos. The tragedy of Selena’s death in 1995 was a harbinger and probably a cause for a wider sense of loss — the loss of Tejano identity resonating with a broader populace. As we’ve seen from the outcry when the Houston Rodeo schedules norteño bands on its popular “Go Tejano Day,” Tejano music is more than a nationwide fad that dried up. It’s not duranguense. Tejano identity is a powerful and distinct thing, with music as one of its main expressions, and for a brief period of about a decade that musical identity was crucial to America’s understanding of Latinos.

And then all of a sudden it was replaced by a bunch of damn corridos and tubas. You can understand why Tejano fans’ nostalgia would take on a new intensity.

But that oversimplifies the matter. Let’s look at some of the chart’s high points. As you do, keep in mind that I’ve never been to Houston and I probably got some things wrong, so I’ll welcome your comments and corrections. END_OF_DOCUMENT_TOKEN_TO_BE_REPLACED 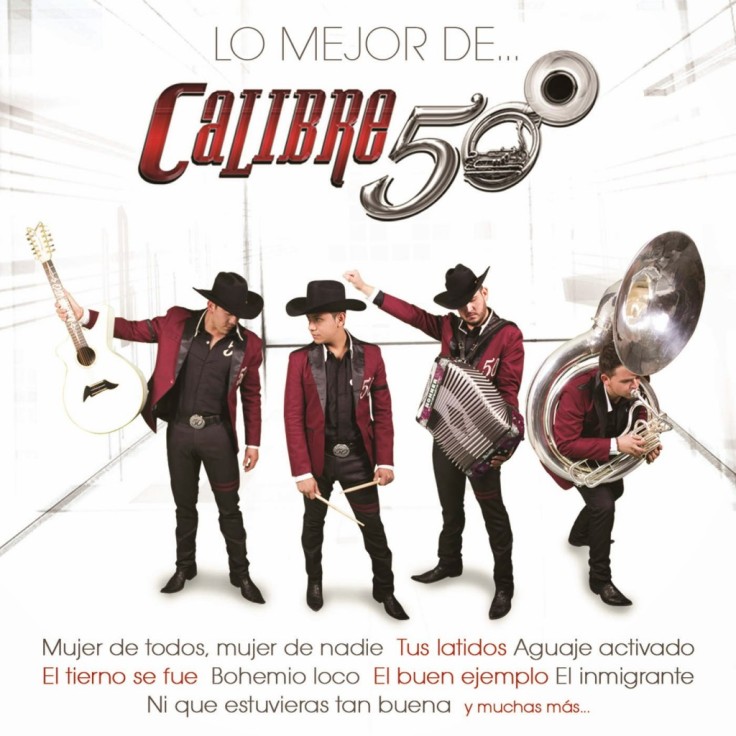 The hyper-abundant compilation album is one of the more bewildering aspects of the Regional Mexican music industry. There are a LOT of them — witness this Allmusic list of more than 50 Conjunto Primavera comps since 1995, released on eight different record labels. Lately some music-writer friends and acquaintances have observed a dearth of compilation albums in recent years, given listeners’ ability to cherrypick their own songs on streaming sites. NorteñoBlog does not dispute this observation; I’ll only add that the compilation market in Regional Mexican is still going strong. This year saw four new Primavera comps, on two different labels. Who’s buying these things? Don’t they already own all these songs?

Without answering these questions, NorteñoBlog presents this list of 100 single- (or, in the case of Sony’s Frente a Frente series, double-) artist comps released on CD in 2015. It doesn’t include multi-artist comps like Fonovisa’s annual Radio Éxitos: Discos Del Año series. This list is incomplete; I’m pretty sure I could find more by scouring the catalogs of indie labels Select-O-Hits and D&O.

Some items of interest: END_OF_DOCUMENT_TOKEN_TO_BE_REPLACED 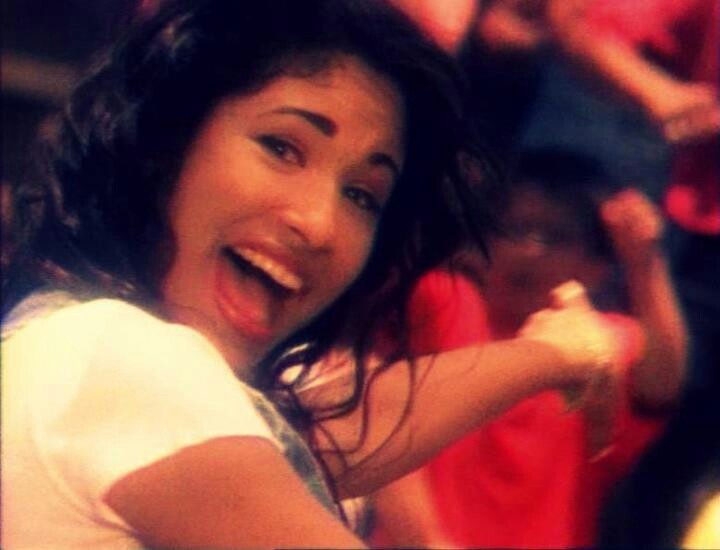 One week in November of 1994, Billboard changed its method of charting the biggest Latin hits in the U.S. They’d been using “National Latin Radio Airplay Reports,” completed and submitted by radio programmers and presumably subject to unwelcome human error. For their November 12 issue, Billboard switched to a computerized service called Broadcast Data Systems, or BDS, which used supercool SUBMARINE TRACKING TECHNOLOGY to determine which songs got the most radio play:

The BDS system looks for an audio fingerprint — a characteristic that differentiates a song from all of the other ones that it tracks — using the same technology that was once used to track submarines.

BDS then weighs the songs differently, depending on how many people they reach:

Thus, a song that plays at 4:00 a.m. does not count as much as one played at 4:00 p.m., and a station with a large audience will influence the chart more than either a station in a smaller market or one with a specialized format that attracts less audience.

Just as when SoundScan began electronically tracking album sales, this new system of tracking led to eye-opening changes in what was hitting the charts. In Billboard‘s November 5 issue, only four songs on the Hot Latin top 10 would have been considered “regional Mexican” — on the list below, they’re the songs from Selena, Ana Gabriel, Industria Del Amor, and Banda Z. On November 12, the new improved Hot Latin chart contained 7 regional Mexican songs, and it would maintain this proportion for weeks to come. Of the regional bands propelled by BDS into the Top 10, four were nowhere to be found in the previous week’s issue: Tejano acts Los Rehenes, Sparx, and La Mafia, and norteño act Banda Machos. For whatever reason — a different balance of stations reporting, or maybe just human error — regional Mexican music had gone under-reported before BDS. The primary beneficiaries of the new submarine tracking technology were Tejano bands, but that may just be because Tejano music, led by Selena, had recently entered its boom period as the popular face of regional Mexican music.

In addition, Billboard starting running three breakout charts, based on the airplay of radio stations devoted to one particular style of Latin music: Pop, Tropical/Salsa, and Regional Mexican. Below is the (first?) Regional Mexican Top 10, from the November 12 issue of Billboard. I’ll be liberally quoting Jonathan Bogart, whose blog Bilbo’s Laptop tracks every Hot Latin #1 and explains several of these songs better than I’ve managed here.

Also, if anyone can tell me what a puchoncito is, I’d appreciate it. END_OF_DOCUMENT_TOKEN_TO_BE_REPLACED