It is NorteñoBlog’s longstanding position that the puro sax styles of Chihuahua and Zacatecas would improve with the addition of more terrible “sax” puns in the titles. The world’s top puro sax curator DJ Alfonzin directs me to the latest from Los Últimos de Topochico, a Monterrey seven-piece that’s been around since at least 2012 but has left a very small footprint in El Norte. They’re trying to change that with the male-gazey video for “Regálame Ésta Noche” (alternate title: “Sáxame Ésta Noche”), in which an extremely sheepish bro fantasizes about his hot girlfriend abandoning him and donning fancy lingere to hook up with another random woman they met at a restaurant. Astute YouTube commentor YsyNicole points out that this plot is a naked attempt to drive click traffic. The worst part is, Los Últimos are good enough that they didn’t need to seem so desperate. This “Regálame” is a far cry from Javier Solis’s sentimiento standard — it’s faster and catchier, and if you listen to this genre for the endless entwinings of sax and accordion, wrapping around one another like pea vine tendrils, this tune produces. 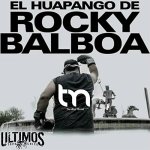 Those seeking to avoid Los Últimos’ sexist clickbait scheme are directed instead to their “El Huapango de Rocky Balboa” (aka “Gonna Sax Now”), a crowd-pleasing medley of “Gonna Fly Now” and “Eye of the Tiger,” performed in the trickily subdiveded and lately hip huapango folk dance style. Or to their self-released 2017 EP, Los Perrotes de Monterrey, which opens with a huapango version of “Ghost Riders in the Sky” and remains just as delightful for three more songs. There’s a fine line between crassness and toxicity, as we learned from El Sistema de un Abajo, and those who fall squarely into the “crass” category deserve all the attention they can get. VALE LA PENA

We last caught up with Dallas’s bestselling La Energia Norteña in late 2016, when their dull fifth album for the Azteca label was topping Billboard‘s Regional Mexican album chart. They’ve since released album #6, El Sueño Americano (suggested title: El Sueño Saxual), which is no less dull and sadly is not a sax-and-accordion-driven concept album about the plight of immigrants, although the saxless title lament addresses that topic. But maybe this critique is too short-sighted. Surely the plight of immigrants is a multifaceted plight, encompassing diverse subjects like SEDUCING WOMEN THE DAY BEFORE THEY MARRY SOMEONE ELSE AND CALLING IT THEIR “BACHELORETTE PARTY” (“Despedida de Soltera”)??? Talk about plight. Like calling a precious kitten “Big Guy” or Donald Trump “Mr. President,” “La Energia” seems to be a name bestowed with irony, since these guys make even their pre-wedding seductions sound staid. NO VALE LA PENA

From Durango and Chihuahua via the West Texas town of El Paso, now hanging around the lower reaches of Billboard‘s radio chart, we find La Zenda Norteña, a sextet or septet the Blog has previously given short shrift. Maybe the shrift was too short. Like their fellow puro sax lifers-until-it-stops-paying H Norteña, La Zenda boast a frontman (Mario Madrigal) who used to be in the duranguense band Conjunto Atardecer. This heritage means three things:

1. Madrigal and company know their way around absurdly jaunty polkas delivering bereft emo lyrics;
2. They are not averse to gimmicks;
3. Someone needs to research the seamy tale of how Conjunto Atardecer split apart at the seams into two puro sax bands, because as long as alt-country internet is swarming with seamy histories of the demise of Uncle Tupelo, who last I wikied had ZERO sax or accordion players, the absence of such an account will remain a national disgrace.

La Zenda’s latest gimmick, the one that brought them to the lower reaches of Billboard‘s radio chart, is hiring a banda to accompany their 2016 tune “En Silencio,” originally on their album Underground. Whatever works, I guess. Their banda chart is decent and captures much of the perpetual motion prized in puro sax circles, but, like Uncle Tupelo, it displays a disappointing lack of sax and accordion. The same was true of La Zenda’s previous “En Silencio” remake, the dembow-anchored, pitch-corrected “Version Urbano” that appeared on their first 2017 album Pura Pa’ Trapear. This was better than most reggaeton songs, because La Zenda have a good feel for making weird instrumental flourishes jump from their arrangements, but still not something that’s preferable to actual silencio.

So instead, the Blog directs you to the band’s self-released, slept-on 2017 covers album #Unique (Deluxe Edition). The title alone contains two gimmicks, and the album doesn’t disappoint. From their visit to the Great Corridos Verdes Songbook standard “Olor a Kush” (alt. title: “Olor a Saxo”), to their shitkicking cover of Myriam Hernandez’s torch song “Huele a Peligro” (alt. title: “Huele a Saxo”), La Zenda is a band willing to sniff out anyone’s repertoire and grind it through the perpetual motion machine of their chops. Best is their version of Natalia Lafourcade’s “Hasta La Raíz,” this week’s Pick to Click. Some bands would listen to Lafourcade’s captivating minor-key 6/8 melody and hear an evanescent folk-pop song. La Zenda, God bless ’em, hear a huapango. Their guitar/drum interplay is just as tricky as what Lafourcade coaxed from her band, and the tune is punctuated by — you guessed it — swaggering sax/accordion riffs. Next to Uncle Tupelo, this take on raíces rock totally owns.