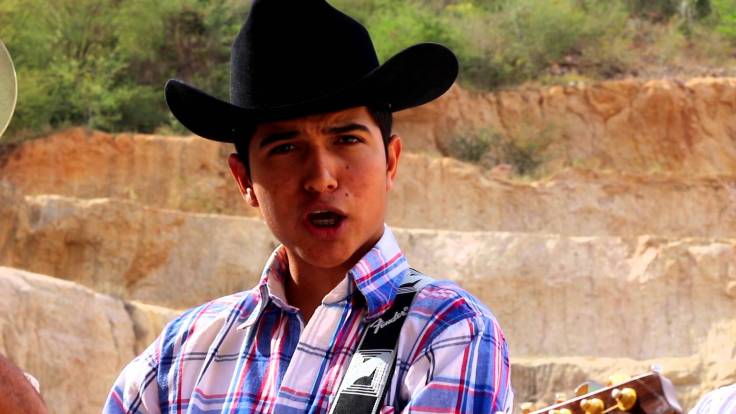 The world waits, selfie sticks and hair product poised and ready, for 20-year-old heartthrob Luis Coronel to release his next album. Uncharacteristically, NorteñoBlog will cut the guy some slack. Fielding a lawsuit from a former producer and going reggaetón would slow down anyone’s career. The last time I went reggaetón, the local barnyard animals went unmasturbated for months. It was chaos. 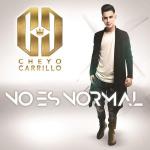 Afortunadamente, the job of “young dreamy norteño singer with enviable hair” is not so hard to fill, and this week’s charts have two hopefuls squeezing through the Coronel-shaped void. At #20 on the Regional Mexican radio chart is L.A.’s teen corridero Cheyo Carrillo, who rarely settles for the typical fade-with-fauxhawk look, instead coaxing volume and body with frightening abandon. As a pre-teen, his accordion skills landed him a gig with Los Bukanas de Culiacán, and then with El Komander. This got him noticed by Komander’s label bosses and noted amoral purveyors of candy everybody wants, the Valenzuela Twiins. NorteñoBlog slept on last year’s self-titled debut album (on Twiins-affiliated La Disco Music), which included an authoritative version of Komander’s “Soy de Rancho,” but desafortunadamente I haven’t made the same mistake with this new single, the romantic banda snooze “No Es Normal,” released by Fonovisa and written by industry lifer Adrian Pieragostino. The video features a young, apparently dorky woman who wears glasses but is secretly hot, and lots of slow motion chewing. The song features some rote brass charts. Es normal, pero NO ES VALE LA PENA. END_OF_DOCUMENT_TOKEN_TO_BE_REPLACED

UPDATE: Never mind what I wrote below, Gusttavo Lima’s “Balada” was a hit in the U.S. too.

When NorteñoBlog last caught up with the prolific drummer-corridero Martin Castillo, he was philosophizing somewhat threateningly over rippling guitars and tubas. This hasn’t changed on his new album La Historia de Mi Vida (Gerencia 360/Sony). Castillo enjoys portraying the tough narco who takes wounded pride in his work and life, wearing a San Juditas medallion on his chest to show the world what a martyr he is. His lovely single “De Compadre a Compadre” is a dead homies song that, chord-wise, recalls Gerardo Ortiz’s equally elegiac “Archivos de Mi Vida.” Pick to Click!

As NorteñoBlog mentioned last time, Sierreño fever is currently spreading across the land like walkingdead-itis. This is largely thanks to the late Ariel Camacho, whose namesake guitar-tuba trio Los Plebes Del Rancho de Ariel Camacho just debuted at #1 on Billboard‘s Latin Albums chart with their first album since Camacho died a year ago. This fever has also led to a possibly unprecedented scenario on the Hot Latin Songs chart, where for the second week in a row, five of the top 25 songs are by Sierreño trios. Sure, that’s less representation than reggaeton bangers or banda ballads, but it’s still a sizable voting bloc. Think of Sierreño as the Bernie Sanders to banda’s Hillary Clinton and reggaeton’s Donald Trump. (Ted Cruz can be bachata and John Kasich can be Jesse & Joy.) Yes, think of that; and then weep.

Four of those songs are by Los Plebes themselves, enjoying(?) a long, rolling death bump that’s taking place mostly on the internet. Billboard reports that some of Los Plebes’ new videos are logging around a million streams a week, most of them on YouTube, and that Camacho himself just scored his 10th Hot Latin single since his death. (“Yo Quisiera Entrar” debuted at #41.) There’s precedent for this: Jenni Rivera, for instance, has scored eight Hot Latin hits since her death in 2012. Although most of them were minor hits,“La Misma Gran Señora” got all the way up to #9. Rivera, though, doesn’t have a banda that continues to make music in her name, so who knows how long Los Plebes can keep this going or when they’ll lay claim to their own identity.

Odes to Music Executives and Other Criminals

Ladies and gentlemen, our nation is in the grip of a Sierreño fever, and it´s mostly because — on the charts, at least — the dead are walking the earth. Or at least one dead man. For the second week in a row, Billboard‘s Hot Latin top 25 is 20 percent acoustic trio music, the signature Sierreño style of the late Ariel Camacho. His bandmates Los Plebes Del Rancho just released their first album since Sr. Camacho died, and they occupy four of those slots, one of them (the deathless “Hablemos”) with Camacho himself. The fifth trio spot belongs to Los Del Arroyo, backing up pretty boy gangster Adriel Favela. Had Camacho not died a year ago, it’s unlikely that he and his band would be clogging up the chart to this extent. The Arroyos might have still had their hit — after all, “Tomen Nota” is a really good song and Favela’s an established hitmaker — but it’s equally likely that Camacho’s post-mortem singles have whetted listeners’ appetites for rippling guitars and lurching basslines.

But the old sound of Sierreño is having a moment off the charts, too. NorteñoBlog has already noted the fine new album from Los Migueles “La Voz Original,” who were Sierreño when Sierreño wasn’t cool. Now we’ve got a new tuba trio album from the young guitarist and singer Virlán García. His Y Cambió Mi Suerte (self-released) is a noble attempt to strike while the fever’s hot. (Please do not actually strike feverish people, except with leeches.) García is maybe the millionth person to record an ode to El Chapo Guzmán’s son “Iván Archivaldo,” but to his credit, the song demonstrates what a monster García’s lead guitarist is. This trio tries for different effects than the consistently hypnotic Los Plebes — “El Serio” contains some studied group fills, almost like a pop song arrangement, though the main riff just barely hangs together. In other words, they’re still a little rough, but they’ve got their sites set on bigger things.

I’m pretty sure all of García’s efforts thus far — two self-released albums, an active Youtube channel — constitute a savvy bid for the attention of DEL Records. After all, DEL’s charismatic CEO Angel Del Villar is known for signing musicians (including Ariel Camacho) based on their Youtube presences. García no doubt reads Triunfo magazine interviews about industry hiring practices, so last year he wrote and recorded Del Villar his very own corrido, guilelessly titled “Angel Del Villar,” as part of the self-released album Pobre o Criminal. If you think this sounds familiar, you’re right. Los Plebes recorded a different ode to Del Villar, “DEL Negociante,” that’s currently sitting at #15 Hot Latin. Short story: “Angel Del Villar” is no “DEL Negociante,” but I’m sure the CEO noticed the effort, and that he appreciated it more than he would a giltter-bombed resumé. END_OF_DOCUMENT_TOKEN_TO_BE_REPLACED

Out of the dusty wilds of Instagram floats the apparition of a scratchy-voiced corridero and his Sierreño band, Equipo Armado. With a name like El Fantasma, you might expect to find little information on this guy, and you’d be right. El Fantasma is thoroughly frustrating NorteñoBlog’s Googling skills. But think of it this way: when a phantasmagorical Leonardo DiCaprio clawed his way back from bear death in Revenant: El Renacido, did his adversaries start Googling to find out who he was, or did they simply marvel at his acting chops and physical endurance? Before he killed them all, I mean. If I had seen that movie I would humbly submit that the frontier fur trappers did NOT use Google, they simply marveled and died, and so does NorteñoBlog marvel at the chops on display in El Fantasma’s debut album Equipo Armado (AfinArte). Like Los Plebes del Rancho, still going strong a year after Ariel Camacho’s death, Armado features flashy lead requinto effects set against rhythm guitar and a tubist who can’t decide whether he’s playing lead or bass, so he plays both at once. A banda (Banda Los Populares Del Llano?) joins El Fantasma for the final five tunes, and the album sounds better if you accidentally listen to it on shuffle, because then the Sierreño gets all mixed up with the banda. Check out lead single “Mi 45,” in which Fantasma: El Renacido actually shows us his 45. But don’t let your kids watch it.
VALE LA PENA